The Lull and the High's of Bquiltin Studio

How many of my quilt friends have experienced this?   When making a run for the POTUS back in 1988 I believe/yr -- Jessie Jackson coined the phrase "KEEP HOPE ALIVE"  So I'm alive and well and yet posting, blogging and quilting in a wonderfully full life.. the mid to latter years of my life.   Journey on - my friends!

~ a small light in a dark room

Sharing two Thread paintings. I use sometimes the CT threads along with the other threads I have. The first one is a photo I took and printed on fabric and embellished with threads. The second is of Georgian Bay On the Great Lakes. This one I painted the background with inktense pencils and blocks then thread painting over the top to give it depth. Getting ready for an Mothers Day Open House the week before Mothers Day.… 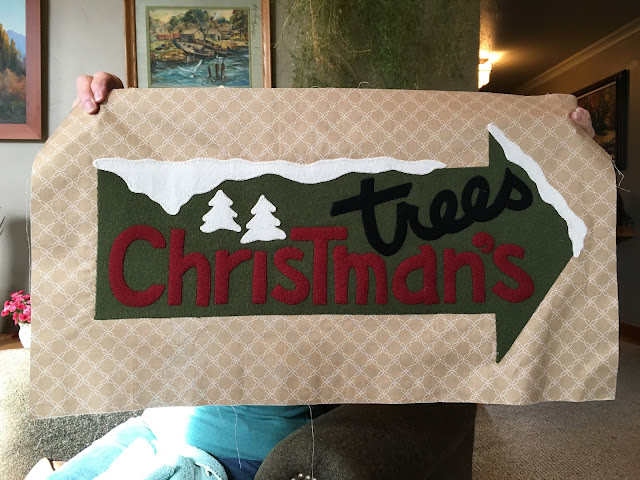 April 24 Trying to get a routine

Hello everyone.  I hope you had a Spirit Led week.

I am trying to help my husband in the yard.  We have a quarter acre in town, so it has to be kept 'neat'.  If it were in the country, I would not be as concerned about it.  If you know what I mean.  So, I spent several days in the flower gardens, weeding.  They look so good after the weeds are pulled, so the flowers can shine.

I also did some weaving.  I am almost finished with the garden banner.  After it…

Haven't blogged in a while, but that doesn't mean I've been lax on the work in the studio.  My DH had a Birthday early April so when our DS came for a visit we combined his Birthday, our 35th Anniversary and Easter together as all these celebrations were only separated by a couple days.  It was so good to see him and spend some time together.

I've been spending my studio time making charity kennel quilts and MorsBags.  Seems like the scrap bin is getting bigger with smaller scraps…

Off to quilt retreat

It is time for our Springtime quilt retreat. I have loaded the car with enough projects to last for three years of steady working. We will have to wait and see how much I actually get done in 4 and 1/2 days. The motel where we go loves us. We aren't whiny. We clean up our own messes and we welcome people to come in and see what we are doing. So far we haven't found a way to explain why we laugh so much.

Snow flurries here this morning.  Like we need to see that.  But the temps have been warm for the most part. It won't last, so not fretting about it.  Have had a few health problems the past two months. UTI followed by a massive hives breakout from the antibiotic I took for the UTI. The doctor is still trying to get my Cumidin level adjusted back to normal. So it's back and forth to the lab at the hospital trying to get it back to normal.  Bud is on Palliative Care now.  He hasn't been doing…

I really do hope that everyone had a Passion Spirit Led week.  I know I did.

I had a great week overall.  I did some indoor domestic 'stuff'.  You know, that stuff we crafters always put off.  I really did not spend anytime outdoors.  My husband was doing some burning of the cut off limbs from a hedge that had gotten out of control.  He has cut them down to about 3 foot tall.  They had been some 8 foot high, with all types of vines and baby trees growing up through it.  It was totally unruly.  When it grows back, it should be really nice.

I’m up to the sleeves on the Daphne Jr.’s birthday sweater. (I worked the neck ribbing after taking this photo.)… 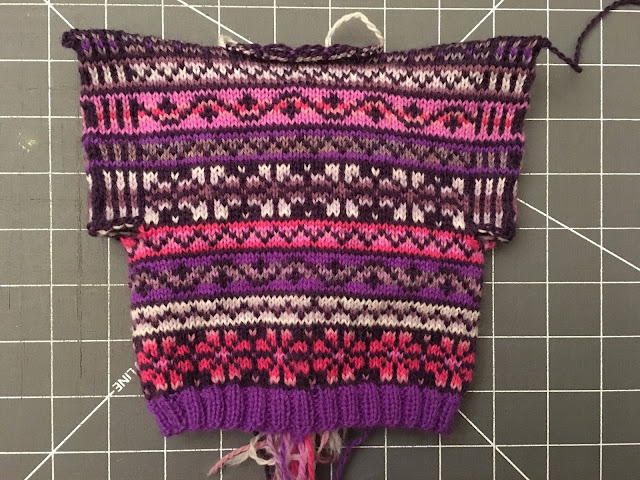 I have my new lap top up and going but it doesn"t seem to like me signing in again and won't let me load a picture on the thread painting site, just wondering if it will let me do it here.

This my lastest thread painting of Shallop Cove Newfoundland. Made for my DIL birthday gift.… The verdict is still out....

Do I divorce him or keep him around for a slow torture? We arrived home two nights ago at 10pm. We have had rules that we never travel at night, no more than eight hours, and never arrive home at night in case there is an issue with the house. We broke them all...my appt. in Orlando went smoothly and we were on the road by noon. Spent the night in SC when the storms got too scary to drive. That put us 14 hrs to home...

Before we left, hubby took all the food to the fridge downstairs.…

I hope everyone had a wonderful spirit led week.  Overall, mine was great.

I contacted the person in charge of the Easter Egg hunt and have not heard back.  I made up samples for approval.  I have not heard a word.  So, it appears that they are not interested.  That is ok.

I need to get to weaving.  I plan on making a couple of 'garden banners' and embroider on them.  That way the design will show on both sides.  I will use the same color in the bobbin as the…

And then there were four: 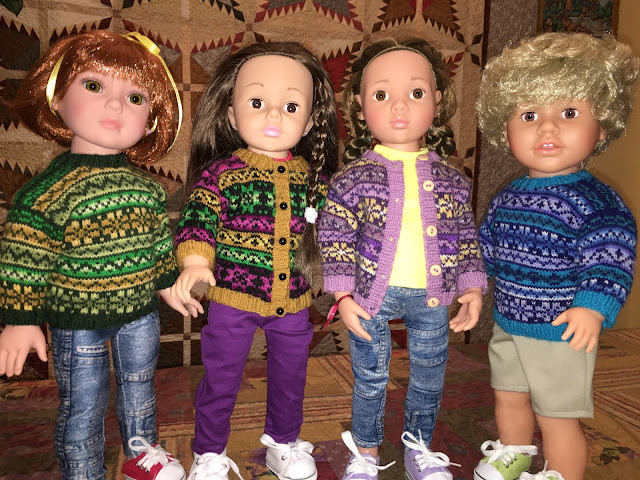 Last night I finished this quilt for niece and her new husband.  It looks a little strange since it is a king size on a full size bed but I love the way it came out.  It is quilted with perle cotton.…