First I want to take the time to thank all of the military men and women and their families that have served our nation.  Thank you for your service and your sacrifice.  Our nation would not be the same without you.  This also goes out to our first responders.  Thank you for keeping us safe.

I had a wonderful Spirit Led week, I hope all of you did also.

I was able to complete the items for our granddaughters' birthday.  I showed you the pillowcase dress last…

The Fair Isle sweater for Lukas is done, shown here modeled by Carter.…

Well, did not realize it has been a whole year since I have been here - but have been doing some "quilting" recently.  Have made a couple of table runners for my daughter - need to get pictures posted.  She loves chickens so one had chickens and the other on is farm fabric.  And am looking for material for another one.

Have started a quilt for my son - he loves cats and found some great "cat" fabric at Missouri Quilt Co.  He wants it long enough so his feet do not stick out…

What a wonderful Spirit Led week.

I was kept busy with little projects and scheduling time.  I made a couple of gift bags for a couple of boys' presents.  Their party was Saturday though their birthdays were earlier in the month.  The boys are brothers and are about 2 years apart, 7 and 9, now.  These are the son's of the young lady (Rachel) that our oldest is seeing.  The one I taught how to quilt.  In fact, I slid her into my schedule this past week to mend a couple of spots…

The French Back-to-school Cardigan for Lukas is done. 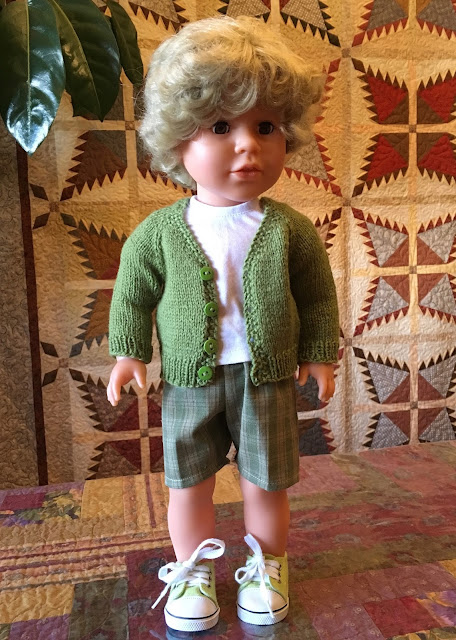 Here's Carter, modeling it with the shorts I made to go with it. I made it according to the pattern, but added in an extra increase…

It has been awhile since I have posted a blog. I finished this table runner today, and wanted to share it.  This is my adaptation of "On a Limb" designed by Mary Warner-Stone (directions in the December 2016-March 2017 issues of "The Quilt Pattern Magazine" http://www.quiltpatternmagazine.com/ ). The original pattern…

Need to get my quilting mojo back...

We have been traveling the past week. Decided to drive to Halifax, NS via VT, NH, and Maine. We decided that many people miss out on the colors of Spring with the different trees leafing. The coast line of Maine was special. We stopped in Kennebunkport for lunch and picked out our fictious house on the sound! If only....

We stopped in Freeport at the LL Bean place and did a little shopping. Was surprised that they are open 24 hrs. We had lunch in Belfast down on the wharf where they…

If you haven't heard, Bill Schroeder passed away May 13 at the age of 85. He and his wife have been an integral part of the quilting world for many years. They are the ones with the vision to start Paducah Quilt Museum, the yearly shows, which have brought us so many phenomenal quilts and quilters. Also in the publishing world they began AQ Magazine as well as many other publications. The accomplishments of Bill and Marilyn Schroeder are so numerous. An amazing couple to say the least. To…

I am looking to purchase the pattern shown below.  It was in an ad in the Mar/Apr 2013 edition of Quiltmaker. I will be making a quilt for my son's wedding and this is one of the patterns my soon-to-be daughter liked.  It is the one I like best and would feel most comfortable working on.  It anyone has the name, knows where I might buy it, or has one they are willing to sell, please let me know.…… I really enjoy doing wool applique'.  Wish it wasn't so darned expensive, but I just tell myself I'm worth it.  I started making this on April 26th at a meeting of like minded quilters and finished it about 10 days later.  I decided to have it framed at my local Michael's store and they did a fabulous job.  Right now it is leaning up against the wall in my office as I want to take it to show it off to my friends who belong to the same little group when we meet next week.  This is from the…

I am hoping that you had a Spirit Led week.  Ours was trying again.

About one week after the Canton tornadoes to the west of us, there was another storm that went to the east of us, setting down more smaller tornadoes.  I am thankful that this time no injuries or deaths resulted out of these storms.  Life in East Texas.  We have more possible severe storms due later this week.  So please keep East Texas in your prayers.  I believe the nastiness is due here Thursday and…

This photo summarizes my week.… 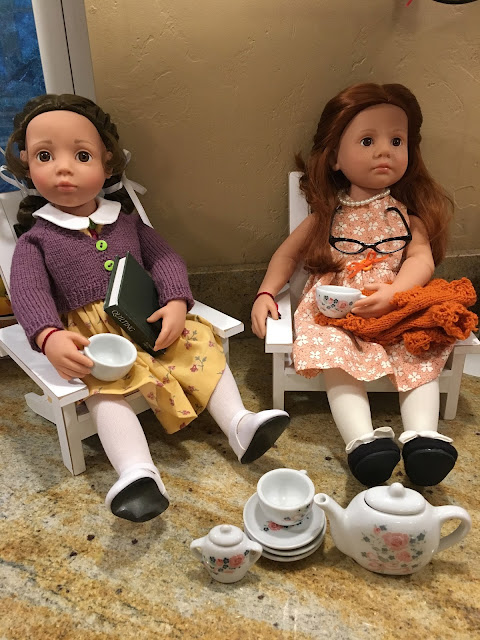 I have been collecting purse & bag patterns for many years.  Yesterday I finally decided to get them out & see which one caught my fancy to make.  I'm going to make a small coin purse/accessory type bag to go with it soon. May 8th What a beautiful day

I hope this finds everyone filled with the Spirit.

My week was up and down.  I was under the weather a few days this week.  I did get some weaving done though.

Here are some pictures of the banner.  I really need to get a wrought iron banner holder for it.  I used hook and loop on the back to make the hanging sleeve.  I was so amazed that it held up through the high winds and rain of last Saturday.… 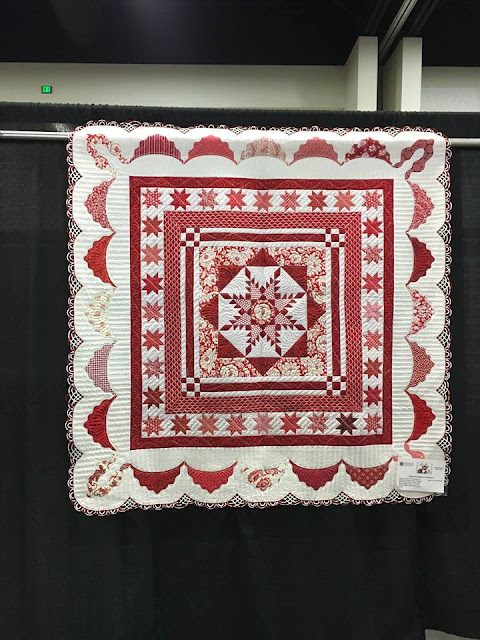 I know that there is a big over lap of nurses and quilters so I just wanted to say a heartfelt thank you to all the nurses on here that give so much of themselves everyday. Your work is so appreciated!!!

Welcome to May.  Since I can't secretly place flowers on each of your doorsteps, I will have to settle for this; I will need to get a better finished picture of my yard banner later today.  It is already hanging (sort of) out… 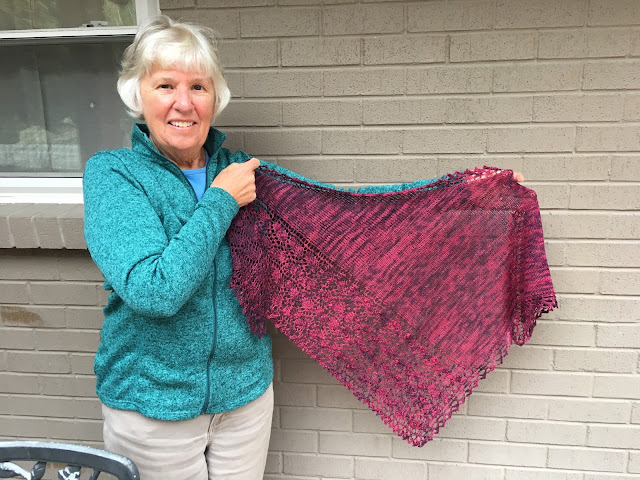 She didn’t want me to take a photo then, because it needed blocking. It’s the …