Yes I have been AWOL for quite a while

No I haven't been busy just working and playing with the grand kids.  Last week I was on vacation. An actual vacation where I didn't really have anything to do. Soooo, DD and I loaded the boys up into the car and off we went.  Mt. St. Helens blew up on my birthday eons ago and I had never been there.  We finally made the trip.…

I hope you had a very Spirit Led week.  Again mine was a mixed bag.

My friend sent a picture of her banner.  The picture is not real good and I hope when we get together again I can get a better one.  But here it is: The colors did not come out very clear.

I am playing with another…

Shortly after we left Oregon, DDIL2 took photos of the Kaleidoscope quilt. 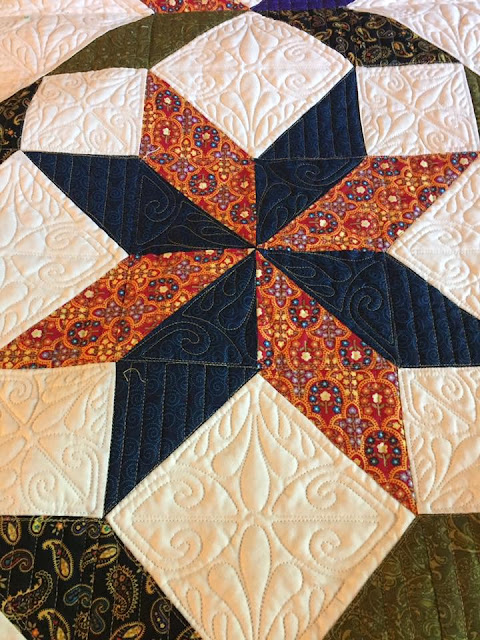 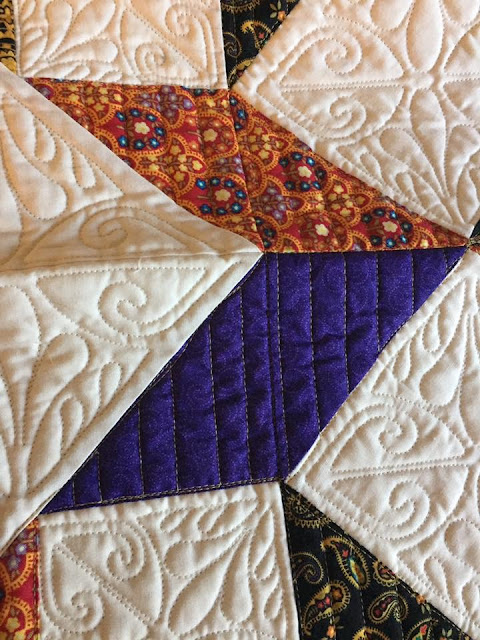 I have had a very busy week.  Bud took a critical turn for the worse and I went to Machias 4 times last week.  He died late Sunday night.  It's a blessing, his dementia was at it's peak and he was nothing more then a skeleton. His son is coming the 27th and the graveside service will be held on the 29th. He will be buried with military honor's. A CD of him and his friend, Frank will be played as well.

On a more cherry note I spent the day up at the hall on Tues. and got a lot of my…

Welcome to a new week.  May it be Spirit Led.

This week was a mix of things.  The first part of the week was completing a yard banner.  It was a gift to my best friend.  We met for brunch on Wednesday.  Though we stay connected via email almost daily, it is really nice to visit in person.  We used to meet almost monthly, but now it is every 3 to 4 months.  Our schedules just do not meet up.  She loved her banner.  It was funny, she thought I had brought it just to show her…

Yesterday I had a couple of hours in my studio and finished it.  I'm happy with the outcome and my son has already expressed his opinion with "FABULOUS".   That makes me feel good.  The quilt is fairly square so the question is, which end should be up?  When I was in the design wall phase, the winding path was meant to be on  the left.  However, I am liking the path horizontal.  What do you think?  …

High Fiber—Trip to the Coast, Almost

We've spent some time hanging out in various campsites. 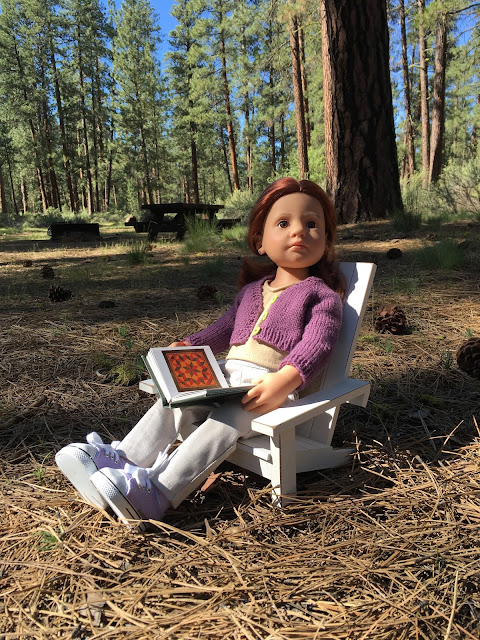 And riding for hours in the tow vehicle for our trailer.…

Welcome to another Spirit Led week.  I hope your past week went well.

For me, this past week was used to catch up on some domestic deep cleaning.  Not much fun, and definitely not needing a photo shoot.  LOL  It was still wet outside, so outdoor work was postponed again.  I would rather do the outdoors than the indoors.  Just as my husband went out to mow on Friday, it started raining again.  With all this rain, it is stirring up allergens.  I am miserable, with itchy watery… Table runner made from left over fabric from my kitchen curtain. Tippy is learning to sew. Looking for a retreat site

A group of us are hoping to meet face to face some time next spring.  Has any one a suggestion of where we might do that?  I thought I'd found a four bedroom cottage but it didn't work out.  We've been looking in the PNW but nothing's definite.  We may just all sign up for the same retreat put together by someone else, but a place of our own sounds nice.

Oh my gosh!  Where has the first half of the year gone?  I haven't blogged in ages and I feel like since the weather has gotten better all my time is spent doing those jobs outdoors.  Not just gardening either.  We had to fix some facing coming off our house and patio walls.  Though not a hard thing to do, just time consuming.  The other big project was moving wagon loads of rock from the back yard to the front yard, replacing bark chips  ( I hate bark, it blows...everywhere) with the rock.…

Remember Linus from Peanuts? The little boy with his blankie to his ear and his thumb in his mouth? This character by Charles M. Schultz, the embodiment…

Welcome to another Spirit Led week.  I hope this past one was great for you.

As stated in the title, it was a downtime week.  This does not mean that nothing was done.  I did do some weaving.  But I have been planning and designing in my head more projects.  I will be doing some bibs for Daniel for his birthday.  I am going to quilt a wall hanging or table runner so I can break out my Christmas present and actually 'practice' on it.  I received a …

I have published quilt pattern!

This is "Time Squared", a pattern I designed to use pre-cuts that has just  been published in the June issue of The Quilt Pattern Magazine, http://www.quiltpatternmagazine.com/ The quilting was all done with my walking-foot, using either straight lines or wavy lines.

The pre-cuts I used for this were purchased…

This is a quilt that is made up of blocks I received several years ago in a swap.  I finally had it quilted a few months ago, but put off doing the binding because it is very heavy.  Once I finally decided to just get with it, I discovered that it wasn't bad at all to do. … Rain=I got to sew today

I have been running back and forth between baby vegetables and baby flowering plants. Some of you have long growing seasons but not us. June is usually safe from frost but not always. The weeds are exceptional this year, probably because we had heavy snow delivering more moisture than usual.

I may have mentioned my bunny problem. They love my vegetables and eat the necessary flowers, plus leaves. This year I decided that the dogs trampling the small plants would be better than their…