Calling Pam! And all other lake residents!

I saw this and immediately thought of you Pam! It’s always busy with a puppy in the house. However, I did get a little knitting done and some Christmas shopping. 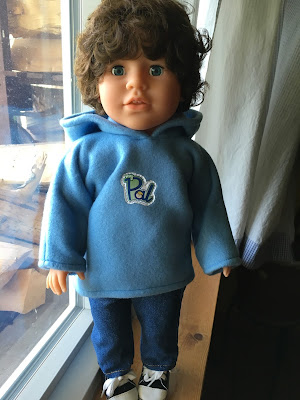 I ordered two boy dolls for our older grandsons, both four years old. The dolls came from My Sibling and My Pal… Hi all! I hope everyone is enjoying what's left of summer. Soon the leaves will start turning and we will be able to enjoy all the colors and cooler weather!

I was inspired by Irene and cleaned my sewing room a month or so ago and since then I cannot stay out of there! It's so clean and I know exactly where everything is and surprisingly enough I have kept it that way. When I finish a project I clean and put away before starting the next. I literally feel like I have a whole new…

One day I will learn when to say when!?

In our last episode I reported that I had gotten sunflower seeds from grandson.  I now have a play date (Thursday) with Aiden and Lucas.  DD called yesterday and put Aiden on the phone.  I had just gotten off work and wanted to go home and put the feet up for a bit.  Dear little guy wanted grandma to come over and play.  I made a date with him for Thursday.

I now have time for this sense my  moms house is now finished and up for sale.  Personal cost for this endeavor, endless stress…

The trip to Wisconsin involved a lot of puppy care, but I managed to get some knitting done. 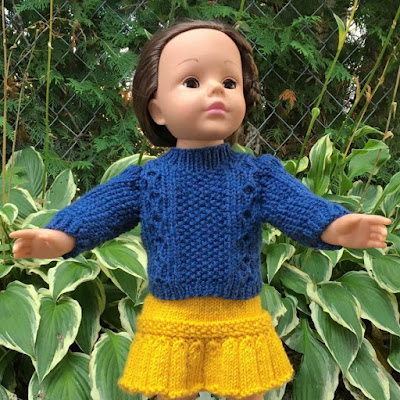 I finished Daphne Jr.’s Aran sweater while in Wisconsin. Here is Dolly modeling it. (I had to drag her away from trying on all the clothes I made for Daphne Jr., some of which…

Enjoying the last weeks of Summer...

Where does the time go? We have had a great summer at the lake. The water is in the high 70's so no more creaming to get in! There are 5 of us that meet at two o'clock to swim for an hour and yeah a little gossiping!!! Someone has to spread the lake rumors! We went to the neighboring town to get PA peaches. They are so good…the corn is in it's prime. I will put NY sweet corn up against any…hot days and cool evenings make corn, apples,and grapes grow!

We are headed to Nebraska over…

Without a doubt, this has been one of my least productive summers.  Although I have many projects sitting, waiting, I just can’t seem to get up and get at it.  But, I continue to knit socks and drool over the stunning scarves in the latest KnitPicks catalogue.

I did manage, however, to finish one quilt.  I started getting the free patterns for it from Silver Linings Originals in her monthly newsletter in January of 2015, but didn’t start working on them until about September.  Truth…

I would like to publicly apologize for posting a photo that I'd seen on social media to this main page.  I thought it was a humorous staged photo that was poking fun at quilters.  It was not, and it caused pain to someone.  For that I am truly sorry.  I meant no disrespect and would never intentionally want to hurt someone.  I hope CT Admin would pass along my sincerest regret.

We just got back last night, and I'll write more about it, but here's a taste of the puppy fun. 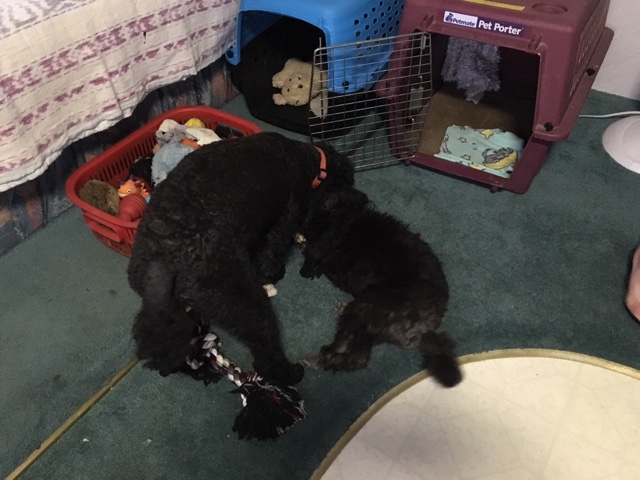 The pups shared Rocky's toys and slept in their crates side-by-side in our trailer. The third night of our trip found us in a lovely park,…

First Wedding Down One To Go This was my favorite picture from the ones I took.

Here is my husband and I walking our son down the aisle. This picture has the…

Aiden had a special gift for me, with a little help from mom.  I saw this and his explanation was so cute.

"Dig a hole plant the seeds and water, water, water."  The instructions on the back of the package were plain as day.  I understood them perfectly!

Made me smile, hope your day is just as beautiful.…

I'm not sure if this picture will download, but here is my dilemma.  Our youngest son, Colin was engaged to be married.  The engagement lasted 11 months and they were to be married June 4, 2016.  Problems arose…

High Fiber—Hand-pieced Quilts I Have Known

As I am on vacation and may not have access to the Internet when I usually post my blog, I’ve prepared a couple of special posts for the Mondays I’ll be gone. The first has to do with my hand-pieced quilts. This is one I developed, combining a quilt pattern I saw on…

My guild always holds a quilt show at the end of September.  The theme for this year is anything reminding you of the 1930's.  Although I didn't start this little quilt (22" square) until after I ended up with a torn retina in my left eye 4 weeks ago, I managed to get it pieced and hand quilted.  I will probably add more hand quilting later, but it is due on Tues so I did what I knew I could get done.  This will be hung as part of a challenge exhibit.… I received a call at 2 a.m. Friday (July 23rd) from DD saying her water broke and she needed me to come stay with Son #1.  I left immediately to make the 3 hour journey.  In the…

There's something about joining a quilt guild, you join because you want to get to know other people who like quilting, but at the same time you get the feeling that its almost taboo to ask a question about how to do quilting.  Same thing if you take a quilt class, ask a question and everyone…

The spinning for Tour de Fleece is done. I finished the second bobbin of the lovely Waimea Rooster merino/Tencel fiber from AlohaBlu. Here are the two bobbins, within 1 gm of each other in weight. Then I got out my expensive lazy kate.…