I finally am home to get some computer work done. Haven't been posting much, just one of those summers you'd like to forget. Hated to answer the phone...we lost several members of our family and a close friend to a freaking accident. We seem to be getting our heads above water now, so looking forward to a quiet Fall. I have been collecting fabric for a couple of lap quilts for Christmas gifts. We are heading out to Branson the end of Sept. Plan on spending two…

I hope you had a Spirit Led week, I know I did.

Monday was interesting.  We had the solar eclipse to start the week.  To end the week, there was a horribly destructive  hurricane in the Gulf of Mexico.  And in between, I was an instructor.

But first, and update on my husband.  The medication is working.  He is able to sleep better and with less interruptions to go to the restroom.

We did not really get into the eclipse.  We have both witnessed…

I purchased this Janome M7050 this weekend. I wanted a machine with more stitches when my embroidery machine goes out to be serviced. Carter has gone to stay with my contact person from Habitat for Humanity, but I still had more to do.… 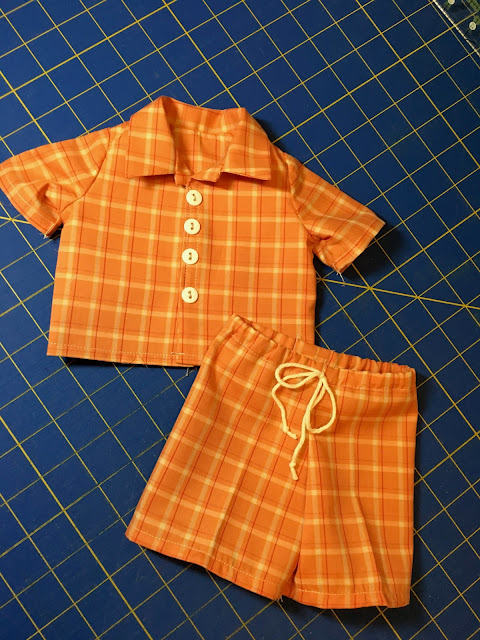 I want to send well wishes to everyone who is living in the path of the hurricane or the subsequent tornadoes, flooding, etc. that will be occurring over the next few days. Please be safe and let us know you are okay.

only seven projects this year!!!! in the past there was one every one or two weeks and I got great gift ideas,

Welcome to another Spirit Led week.  I hope last week went well for all.  If not, hopefully the Spirit was with you.

Last week my husband asked me to make him a doctor appointment.  He has been having trouble with his prostate for almost 2 years and would not let me get him to the doctor.  So I called our doctor that we have used for 20 + years.  They would not take him!  Since we have not been to him in over 3 years, my husband would be considered as a 'new' patient.  The… 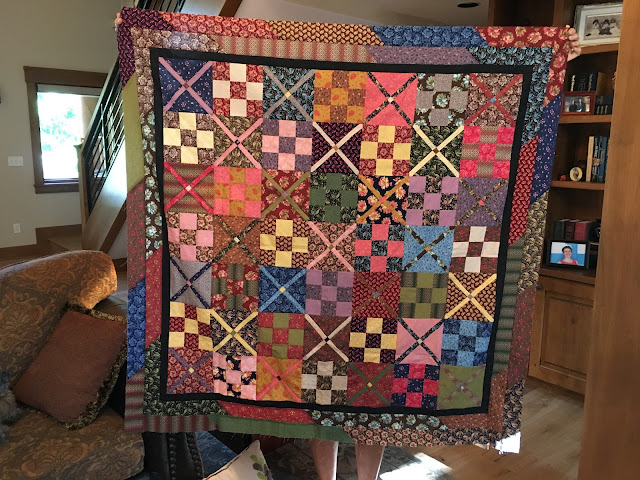 She had this great quilt top finished. It was made from a pack of 19th Century Reproduction fabrics from a fabric/fiber museum, which has since closed. I was…

August? Really? What happened to April ?

Wow! I have been staring at my calendar this morning--August? Really? and the 16th? Well, I am behind the times, in a big way.

What have I been doing? gardening, driving back and forth to Minnesota and South Dakota. Quilt Wyoming in Gillette, Wyoming. Green Bay, WI. I feel like all I have been focused on is getting the laundry done and the lawn mowed before packing again and heading off.

Of course, along the way, I have managed to acquire more UFO's. Unbound and rebound a…

I hope you had a wonderful Spirit Led week.

Due to unforeseen events, I was not able to get to the studio to clean up.

One event was daily picking up grandson from morning band practice and returning him in the evening for another round.  That would not have been bad, but in between, I was doing research on auto and home insurance companies.  It seems that my current one seems to 'lose' the payments sent in.  I sent my vehicle insurance in via bank pay and they…

Rebecca is at it again.… 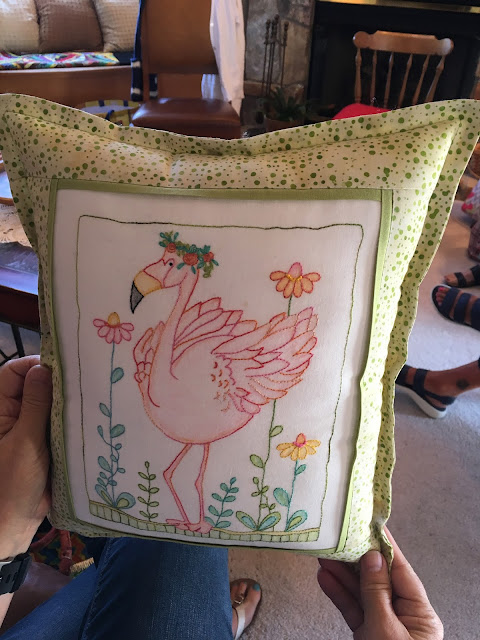 Does anyone know what happened to the Lasting Legacy groups?  I can't find them!!

One of those days!

This has been one of those days when I think I should have just stayed in bed.  About 10 days ago we decided to buy a 2017 Kia Sportage.  It is candy apple red so pretty easy to see right?!  Well my husband was sitting in a valet line at University Hospital in Columbia MO waiting to have them park it as the garage was full.  I had to be there for a CT scan on my heart this morning.  This man driving a shuttle bus for a local retirement home decides he can't wait for Larry to be able to move…

Praying you had a Spirit Led week.

As I am growing stronger and health is improving, I am able to do more.

School will be starting back soon in the area.   Though we only have one grandchild in school at this time, he is fun to keep up with.  His dad has him every other week.  So since we are local, Seth is able to come visit us after his morning band practice.  (Sean lives about 10 miles out of town)  That way his dad does not need to worry about him.  He has a…

Unlike at Lake Wobegon, it was not a quiet week at our place. Monday was spent washing all the sheets, towels and quilts we use in the trailer and giving it a good cleaning. Tuesday I CO another doll cardigan as we took the trailer back to its resting place.…

Been away for a long time

Its been a long time since I posted. I came across my password and sign in while doing some cleaning. I really like being back on here looking at all the pretty things.

I lost my paternal grandma in March of 2014 at the age of 93. She is the one who taught me to sew and quilt.

I have been making quilts still and i will try to post a few in the coming days.

Glad to be back.

I finished the binding on a 39" square wallhanging this afternoon comprised of Christmas blocks from a swap that Amanda Best hosted with the Piece Around the World group.  I am bound & determined to quilt as many of my tops as I can before the end of the year.…