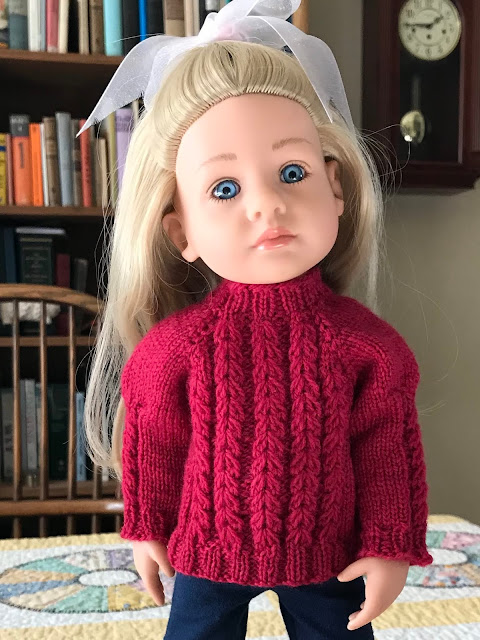 As part of the knit-along in the Goetz Doll Lovers group on Ravelry, I cast on this Dressing Gown
pattern. I had 51g of the turquoise yarn for a project that was supposed to take 49g. I thought it might be close, but I ran out of the turquoise yarn before I even got the skirt of the dressing gown finished. The yarn must be much heavier than what was used in the pattern. I didn't want to rip it out, so I decided to add a deep border at the hem and then continue on with the bodice and sleeves using some yarn I had, Wool of the Andes Sport in "Bare." I picked up stitches from the inside loops of each cast-on stitch and have been knitting in the opposite direction (toward the hem) with the white. 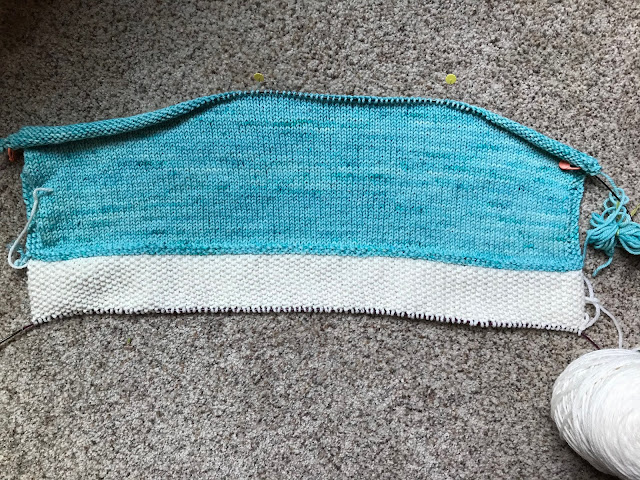 When it's long enough, I'll bind off and continue with the white for the bodice and sleeves. This rework of the original eliminates three buttons, because I had started the buttonholes at the stated point in relation to the cast-on edge, and have to stop and make the armholes. I think I can do something decorative that will make it look as if that were the design from the beginning.
We've started the Rose City Yarn Crawl, which is entirely virtual this year. DDIL and I got together yesterday via Zoom to visit our first two shops. The first one was Close Knit. I purchased three skeins of Harrisville Highland worsted-weight yarn. One in "Silver Mist".... 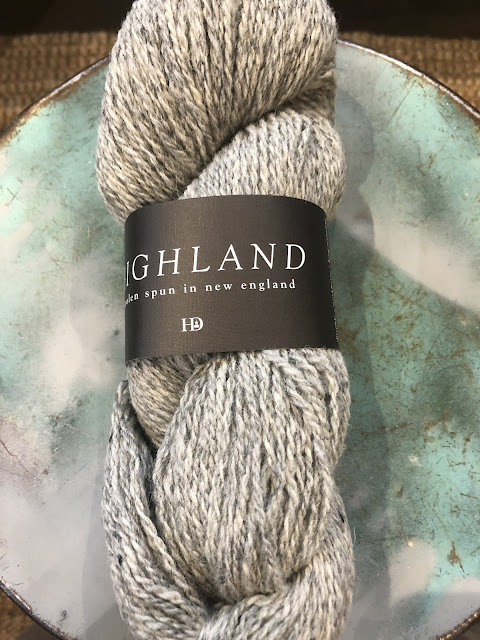 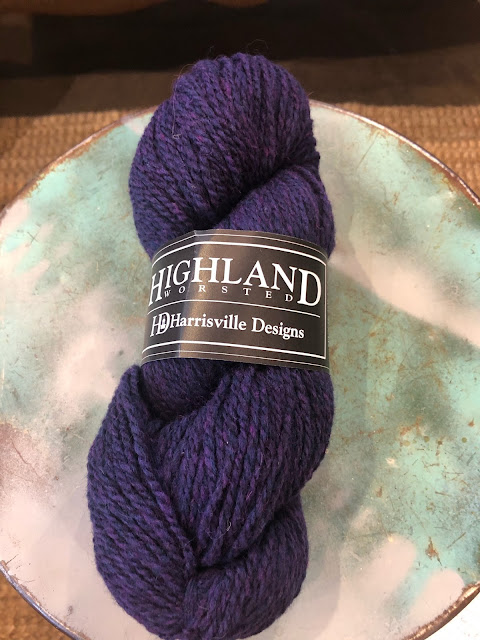 ....for these Mummers mittens from Saltwater Mittens.
I picked up a skein of the same yarn in "Russet".... 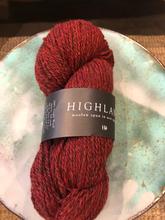 ....for this teapot cozy. DDIL picked up this kit, but she doesn't crochet (yet), so she was getting it just for the yarn.
Then we went on to House of A la Mode, where after much looking around and contemplating I picked up this  Things Created Equal "Basic Sock" yarn in "Frosty".... 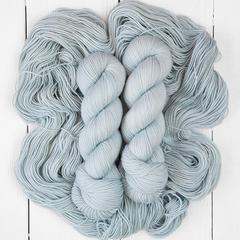 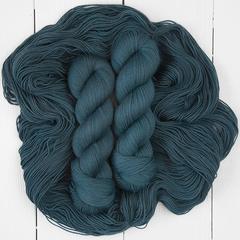 ....for this shawl. The pattern appears to be very entertaining. It uses the brioche stitch, but in a curved design. DDIL wanted this kit, but they were sold out, so she bought the yarn for it from what was available. She also picked up some DK from the Things Created Equal line.
It was a very busy week in my personal life, too. First, because my mammogram from the week before was questionable, I had ultrasound on Wednesday. Because that didn't show enough, they did an additional mammogram. The result: "See you in a year." It was nerve-racking, however, waiting for the radiologist to come to a conclusion, but his time was taken up with all the regularly scheduled results to read, and they had to squeeze me in. Everything was normal, and they didn't think it was because of my vaccine, although that's sometimes an issue.
DBIL came for dinner Thursday, as he planned to fly back to Arizona on Friday. We didn't use masks, because guidance indicated that we could socialize indoors without masks if we've all been vaccinated, and we had all three had the second dose of vaccine. We've all been very careful, anyway. He will be back when the weather warms up down there. DH drove him to the airport on Friday morning. I hope we can go camping together this summer.
I managed to get the photos for two stories taken this week and a third one written. Once the photos are done for the third one, I'll be scheduled through March 19th. That's the most ahead I've ever been.
Today I'll be "visiting" all the shops in the Crawl. Each shop gets an hour to show off or demonstrate. If you're interested, click on this link and scroll down to "Zoom Shopping Event." I don't know if this will be available after today, but they may have a recorded version on the website later.
What's on my needles: Charlotte's Sleepover Dressing Gown.
What's on my sewing machine: Getting bored with nothing to do. The machine, not me!
What's in my hoop: Still the Whole Cloth Quilt. Not much progress this week.

What's in The Doll's Storybook: "The Survey." Emil and Billy get some surprising advice from Pippa. 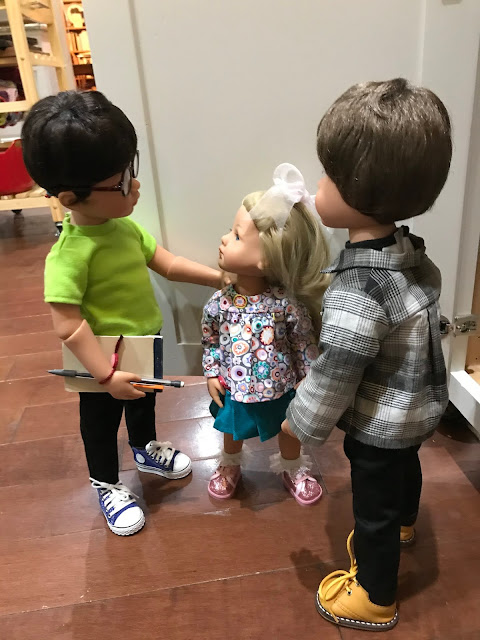 What's on my iPad/iPhone: Still The Black Madonna by Stella Reilly and Love Is the Way by Bishop Michael Curry. The second has given me inspiration for at least one story.
What's in my wine glass: Provare red wine from David Marchese in California. A new one for us. I liked it. It's slightly spicy.
What's my tip of the week: You don't really have to add water to frozen vegetables when you cook them in the microwave. There is usually enough ice in the package to cook them nicely.
Where's my book: Mariah: Stories from the Doll's Storybook is available from Amazon worldwide. Also available from BookBaby and other booksellers. Royalties go to support pediatric cancer research and treatment. The three stories in the book first appeared in the blog and they are reproduced with few changes. The stories (and links to them) are Being Little, Besties, and Distraction.

Pippa's sweater is gorgeous.  So is all the yarn you purchased.  What an ordeal after your mammogram, but I'm happy to hear everything was okay in the end.  I started getting the 3D mammogram a few years ago.  A bit more uncomfortable, but more accurate.  My husband & I have had both of our shots.  Neither one of us had any adverse reactions which was a relief.