It has been another busy week. The Charlie's Kep is off the needles. 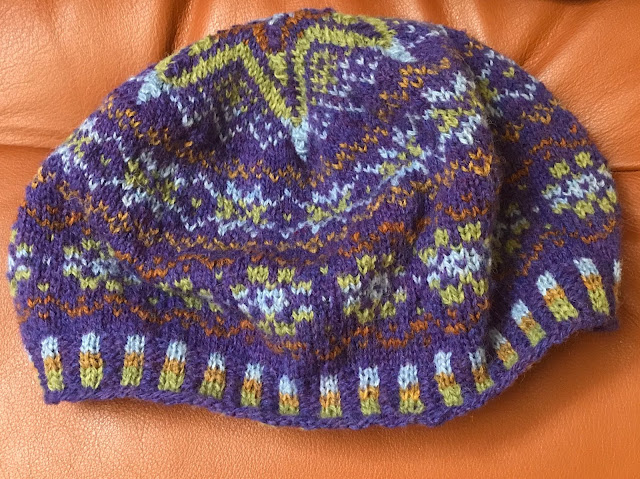 I blocked it on Sunday, using a Tupperware lettuce keeper. 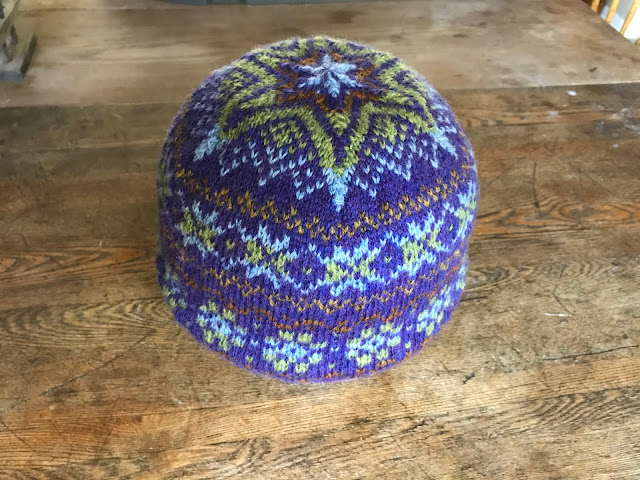 Here's a look at the top. 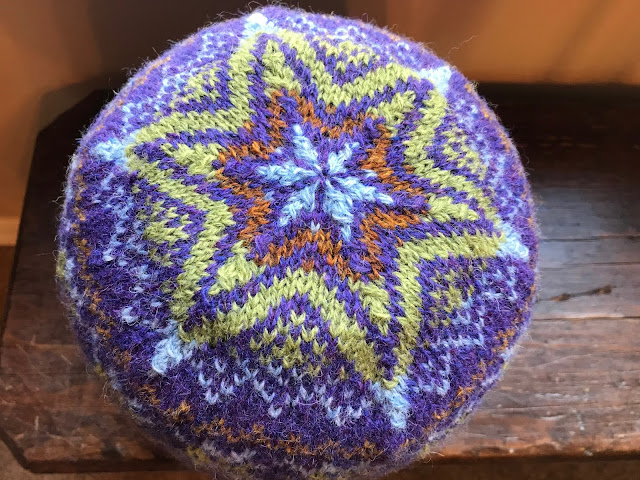 And the finished hat. 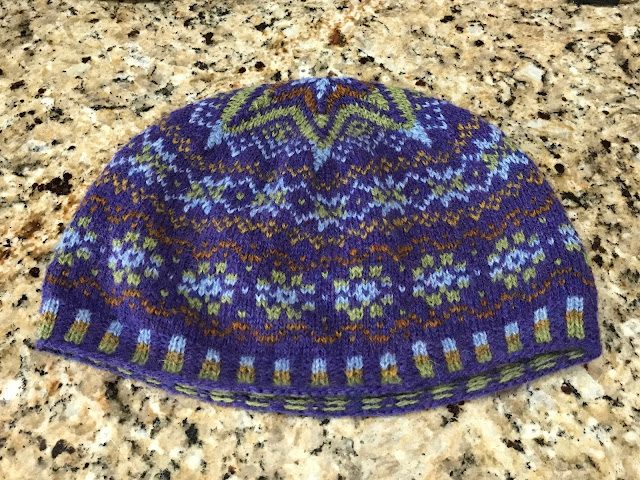 I have plenty of yarn left over, so I could make another one, just not the whole thing with this color in the background, because I used a bit more than one skein of that.

The mushrooms have been doing their thing. By Wednesday we had visible mushrooms. 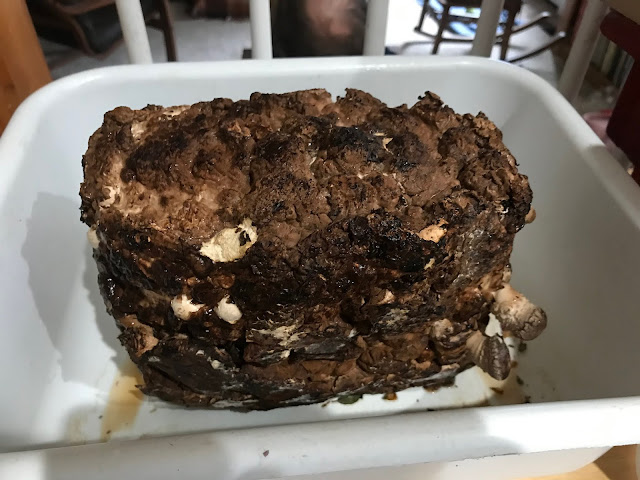 By Sunday the bigger mushrooms were 3" in diameter and more were coming on. I put a mirror down below the bottom one, and the edges of the cap were starting to unfurl to reveal the gills. When the gills are exposed and the caps haven't completely unfurled, they are ready to use. I decided the one on the top was ready, so I cut it. 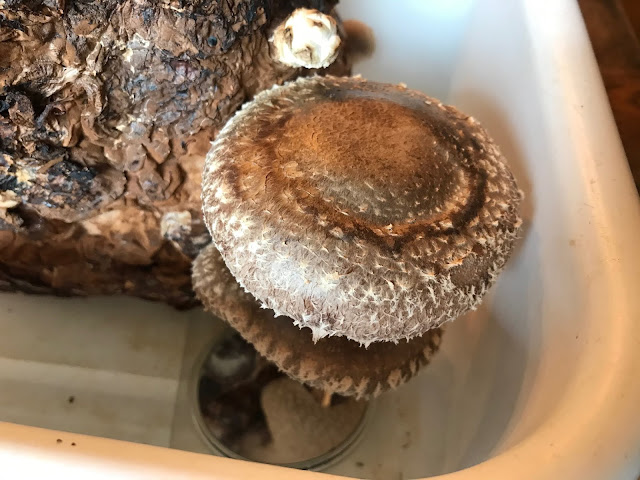 Here it is off the mycelium. (That's what the root matter is called. It's sort of like the tree and the mushrooms are the fruit.) 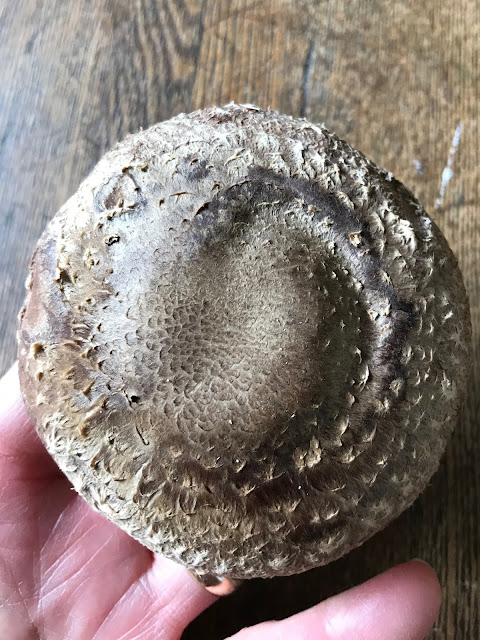 You can see the gills are nicely developed when you can actually get a look at the underside. 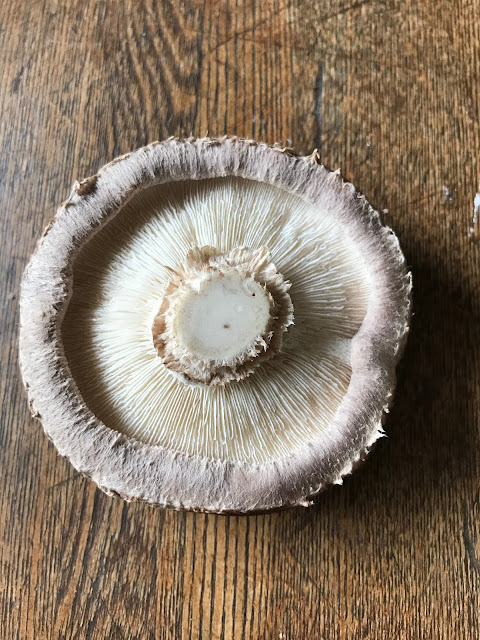 The pups went to the groomer on Thursday. They had their summer cut. The groomer has been open for a while. Their building is closed, though. They come out and get your dog, and when you pick up, you wait outside, and they bring the dog to you. They only take checks right now. That's fine. We wore our masks. They look skinny. The dogs, I mean. 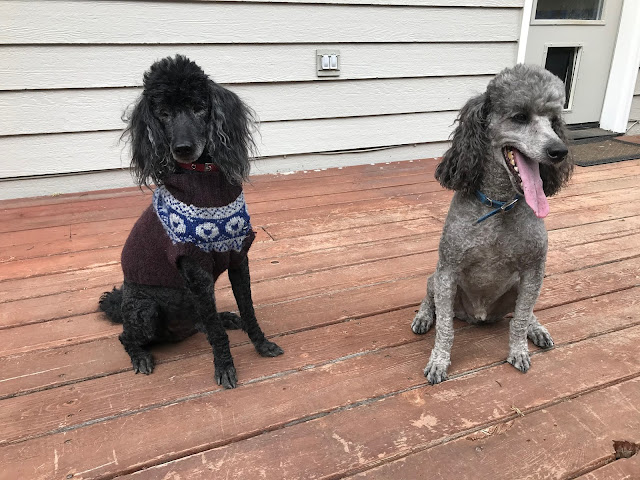 I'm still growing (and eating) sprouts, using the sourdough starter for bread and other things.

Since Friday's story was the 100th in The Doll's Storybook, I made a list of all the stories done so far with links to them, in hope of having some input into what kind of story would be good to publish.

DH has been gardening, mostly outdoors. 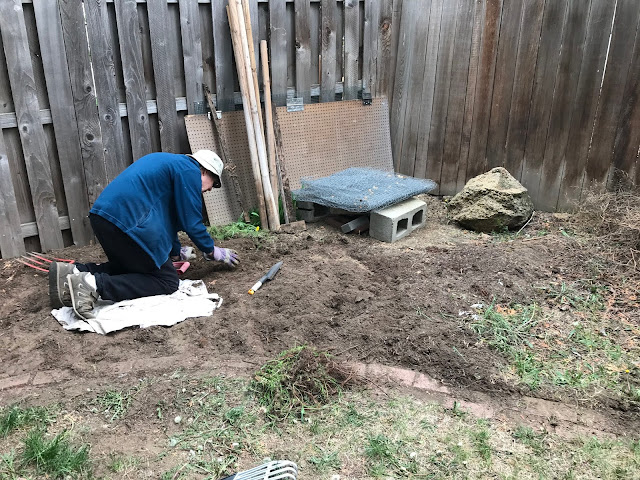 His little indoors herb garden is moving along, however. 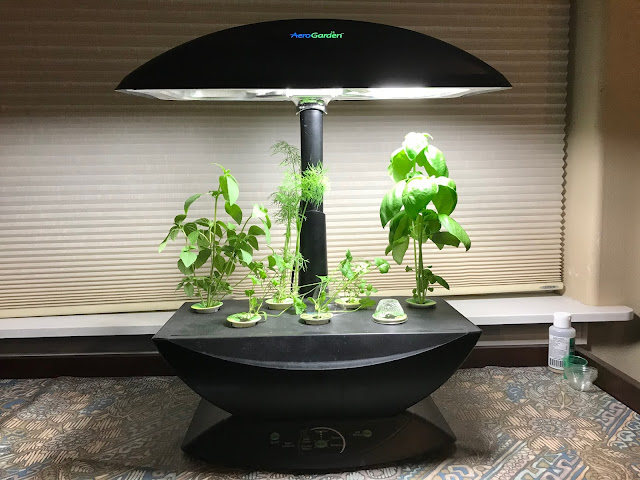 He made a trip to Costco to pick up some things. They now have hand sanitizer made by an Oregon distillery. He picked up the refill bottle. (Not for drinking!) 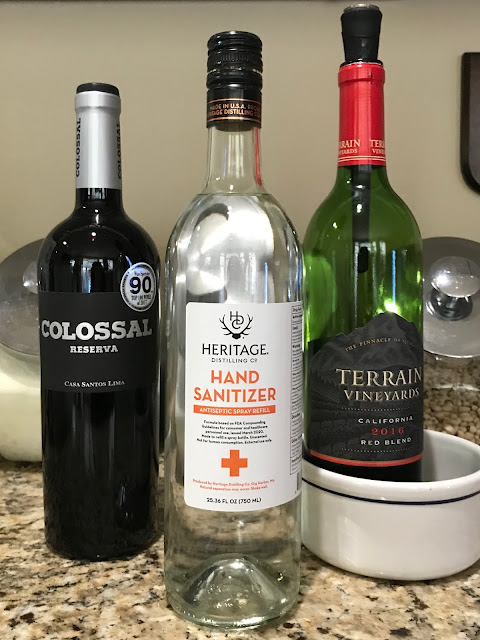 We helped celebrate Daphne's birthday using Zoom on Thursday. We got to see the other grandparents, both of our SIL's sisters along with our younger son and his family. It was a big party. 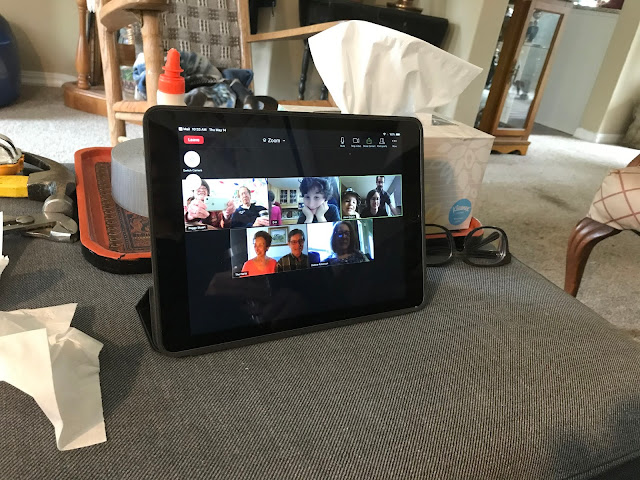 Since the "Kep" was off the needles, I decided to make a turtleneck for Mariah. (My characters do need clothes, and I keep giving them away.) 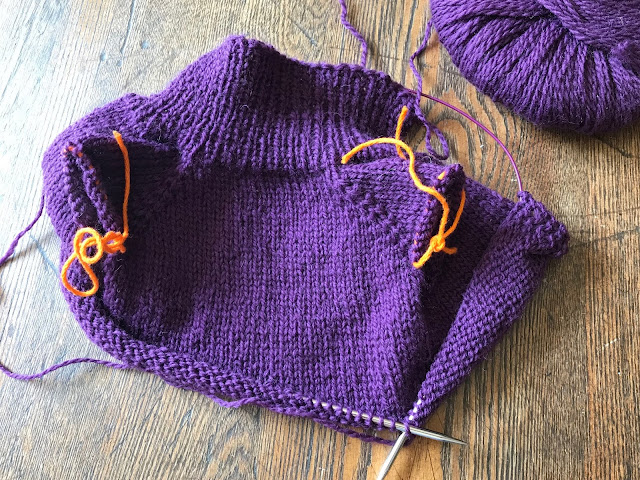 I'm almost done as of this writing. I need another knitting project. Maybe something I purchased during the Yarn Crawl.

What's on my needles: A turtleneck for Mariah.

What's on my sewing machine: Still waiting for that oil &amp; lube job

What's in The Doll's Storybook: Memories. The dolls take a look at some of their favorite moments from the past 100 stories.

What's on my iPad/iPhone: Still An Hour Unspent by Roseanna M. White.

What's in my wine glass: Colossal Reserva Casa Santos Lima (from Costco). We really liked this one.

What's my tip of the week: Don't depend on YouTube for quick information about how to do something. Often people will video their first attempt, and you don't find out until they're done that they did something the wrong way. It can be educational, but not good if you're in a hurry.

Janet, I hope you will show off the best when it's done. A vest is good this time of year if you can finish it before summer.

The hat is beautiful. I admire those of you who knit. My mom taught me how to knit and crochet but it just wasn't for me. I stick to my sewing. The mushrooms look yummy.

Love the Kep.  The turtleneck is gorgeous as well.  I am making good headway on my DH's vest.  12 more rows on the back & I can start to bind off for the armholes.  We have had a lot of storms which also brings humidity so I haven't felt much like knitting for the past few days, but it will get done.