You may remember our Air Quality Index reading last week of 525 (September 12), which was "Hazardous." By Wednesday, we were down to 264. 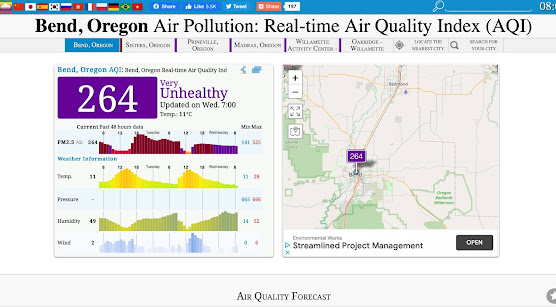 As I write this Sunday evening, it's 46, which is "Good."
We kept the pots of water and the air purifiers going all week, including during our anniversary dinner on Tuesday. We had grilled salmon (cooked on the outdoor BBQ by DH wearing his N95 mask) with air fries, salad and aparagus. We had a nice dry white wine in our special glasses that say "50th Wedding Anniversary," even though it is now 55 years. 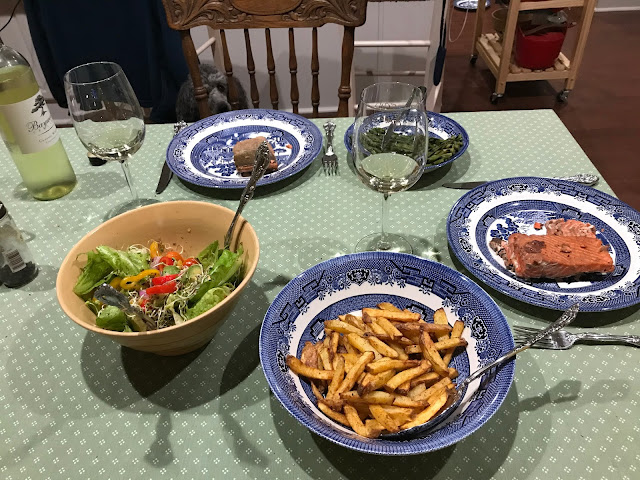 By Saturday morning our AQI was down in the "Good" range, thanks to some rain, but then started back up to "Moderate." I think we will be smelling the smoke for some time. 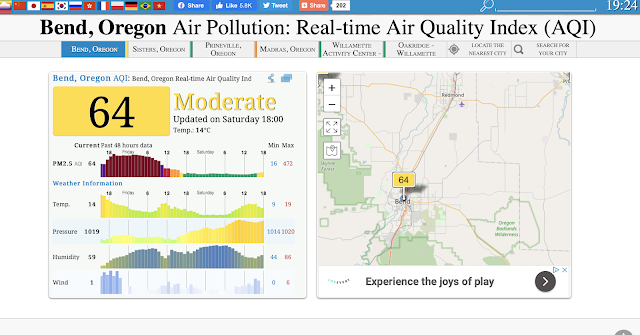 The fires seem to be under control now. I hope so, anyway. The fires have brought great cost, however. Some towns in Oregon have been completely wiped out, including a town not too far away named "Phoenix." I can only hope that the town lives up to its namesake and rises from the ashes, along with the other towns in the surrounding areas. You may remember our visit to Belnap Hot Springs the week before Memorial Day. Much of the forest in that area has burned in a separate fire. I'm glad we were able to enjoy it while it was still there. The facility was left intact the last I checked, but they were closed due to the smoke and closed access roads.
A good part of this week was spent on trying to get the arrangements for the book settled. I was finally able to talk with Beverly at St. Jude's Fundraising Department, and, based on her directions, set up a fundraising page on their website. I have a tentative start date of December 1st, but that may change if I don't have the books in time. There's still a lot to do. Here's a look at the tentative front cover. 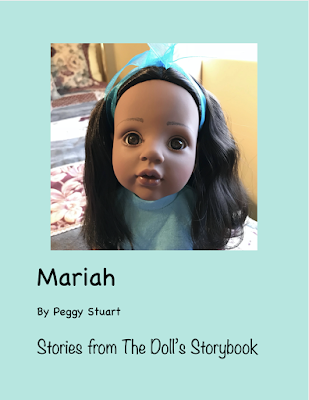 There will be three stories from the story blog, all starring Mariah. I've had the layout done for some time, but when I spoke with the publisher, I learned that I had it in the wrong format, so I had to redo it. (I won't bother you with the details.) I should have spoken with them first, but if there's another book, which I hope, it will be easier to do. I will keep the amount each book cost me, and  then all the rest of the money received from the sale of the books will go to St. Jude.
I picked Mariah as my subject due to the attention given to the Black Lives Matter protests over the summer. I felt that children needed, and the public is open to, looking at race relations in a positive way. I hope the book will help in some small way.
In that same vein, this week's story was about Mariah's disappointment over a friend's assurances that she was "color-blind" when it came to Mariah, in Color-blind. The story goes into explaining what real color-blindness is, but then Charlotte and Mariah talk about why it bothers Mariah and what her friend might have been trying to say. 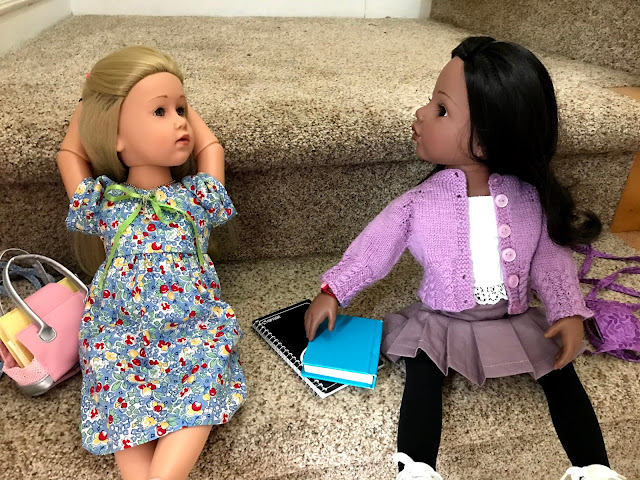 The garden continues to produce. Our grape tomatoes are really going to town. Temperatures are dropping, though, so it's not going to be long before our garden is done. 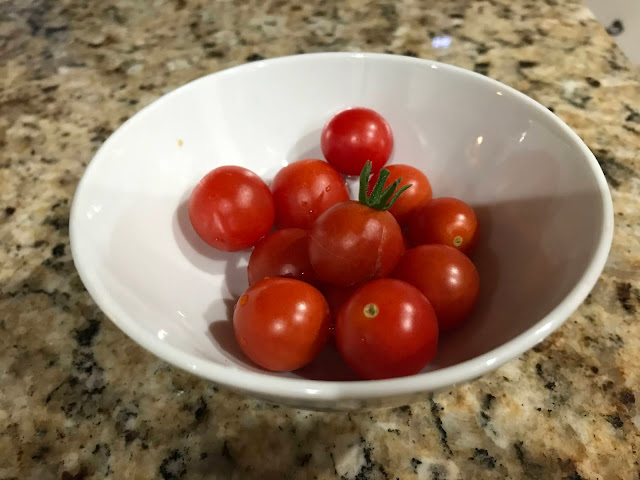 I'm continuing to write letters. I'm up to 300 letters and had to get approval to download more. I had to send this photo. 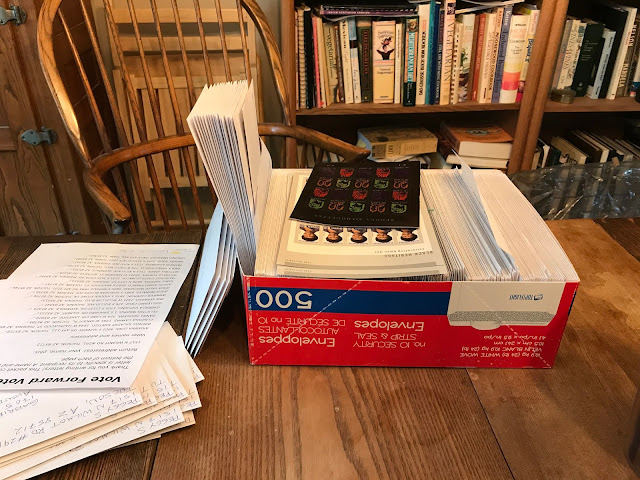 We've been having a "party" every Saturday to write letters, safely done by way of Zoom. We needed four "pages" of participants, with one person left over for a fifth page, because we had 101 participants. We're up to 7.06 million letters written as of Saturday evening, asking people to vote and giving them the information for how to find out how to vote in their individual precinct. 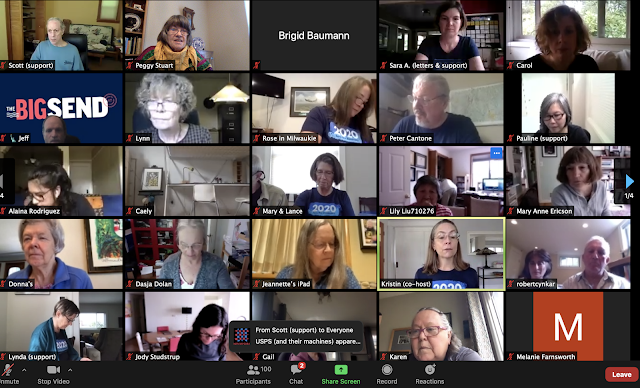 Today, we will be writing letters with the cast of Hamilton. I don't know if there are still slots available to participate, but if so, you can sign up here. We aren't asking voters to vote for any particular candidates, just to vote.
The Oregon grandchildren, Johan and Soren, started school on Monday. 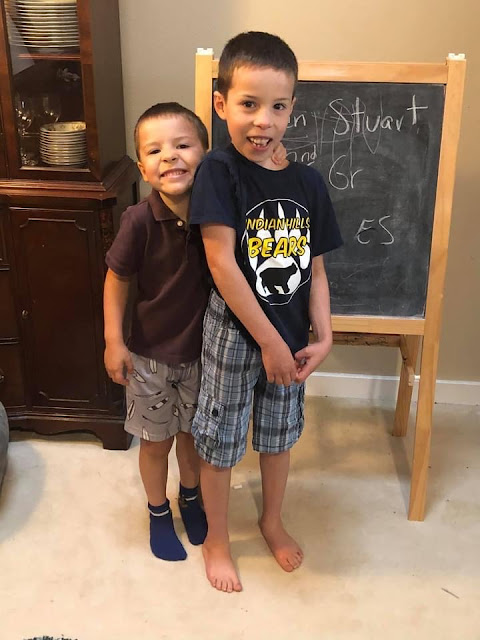 Their parents survived the first week of school. 'Nuff said.
In other grandchild news, Miss Daphne has become a movie producer, producing her first movie.  Well, she produced the trailer for it. We will have to wait for the actual movie. Zachary was an assistant producer/director. I couldn't upload it here, but if you want to see it (and it's really pretty good), you can view it on facebook here.
Daphne and Zachary had outdoor dance performances on Saturday. They were really happy to be performing again. 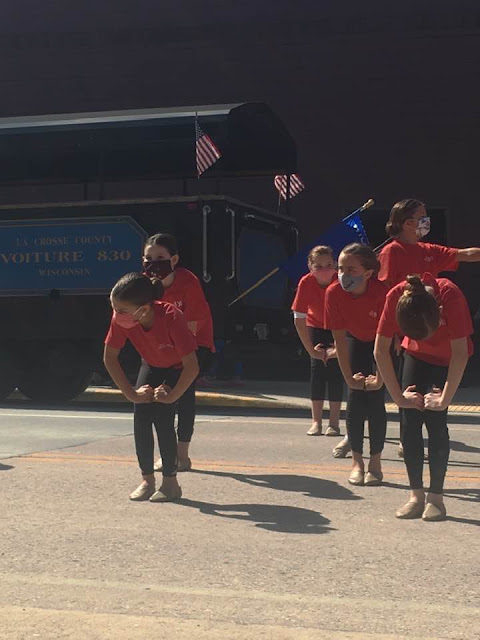 DH had his 79th birthday on Saturday. I had ordered him a second, smaller Aerogarden and had not yet received notice that it had shipped. I was going to call them today. Then, after I had given him a "coupon" for his gift, the FedEx driver dropped a box on our porch. It was the birthday present. He didn't get to unwrap pretty paper, but he did get it on his birthday.
We felt bereaved at the loss of the amazing Ruth Bader Ginsberg. According to Jewish tradition, a person who dies on Rosh Hashanah is called a tzaddik, a righteous person. A Jewish teaching says those who die just before the Jewish new year are the ones God has held back until the last moment because they were needed most and were the most righteous. I have admired her for years. I'm sure she will inspire future generations as well.
Sunday we went for a walk with the pups, since the air quality was so much better. The trail was dirtier than usual, perhaps because of the ash from the fires. We had a good time though. 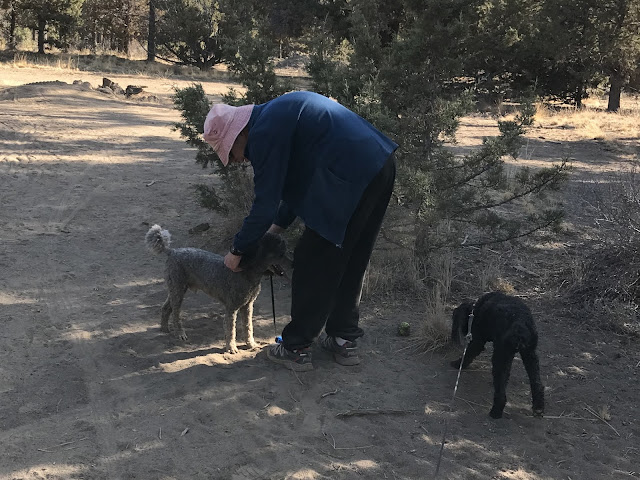 I'm praying for all the fires to be out, and for all those made homeless to be restored to proper and comfortable housing without becoming infected. I'm feeling very lucky.
I've continued to work on the whole-cloth quilt each day. I finished a couple more rows of the "Which Came First Shawl" during church (shhhhh!) and while we Zoomed with the kids. I will be able to finish it quickly whenever I have time to work on it again.
What's on my needles: Still the Which Came First Shawl. A few more rows done. Also a dish cloth with the leftovers. I need to have something mindless handy to take when I have to go out.
What's on my sewing machine: Waiting for Halloween costumes for the dolls, now at the idea stages.
What's in my hoop: Still the Whole Cloth Quilt. More progress this week.

What's in The Doll's Storybook: Color-blind.

What's on my iPad/iPhone: No change from last week. I can't listen to audiobooks and write letters, so just music.
What's in my wine glass: Baywood Cellars Classic White. I don't usually like white wines except for very dry Gewürztraminers or Rieslings. Chardonnays and Chablis are not to my taste in most cases, but I really liked this one. We had some for our anniversary.
What's my tip of the week: You can save water when you wash smaller dishes by filling a bowl or pot that needs washing with hot water and dish soap, rather than filling the sink.
Note: This blog post was produced on the iPad and the MacBook, using the iPhone for some photos and some photo processing. No other computer was used in any stage of composition or posting, and no Windows were opened, waited for, cleaned or broken. No animals or dolls were harmed during the production of this blog post.

Janet, thanks for the kind words! (Daphne isn't really into producing movies, just the trailers for them, but that's the first step.)

Comment by Janet/MO on September 21, 2020 at 3:21pm
I very much enjoyed reading your blog Peggy. That is very interesting information re: the Jewish tradition when someone passes away. She was definitely a righteous person and there will never be another one like her. She was born the same year my mother was so I find it especially amazing how much she still was able to do at her age & with her health situation. I hope your book brings in a lot of money for St. Jude's. I used to work for an attorney whose brother was a dr at St. Jude's. That is definitely a calling that not everyone would be able to answer. Congratulations to Daphne for producing her own movie.

Thanks, Irene! I don't know either.

I enjoyed every morsel of this blog. It's so nice to see what others are doing. You are certainly a busy lady and I don't know how you keep up with all that you do.

Bonnie, it felt so to me, too.

Thank you for sharing about “when” to die in Jewish traditions.   It felt appropriate.