The Silver Leaf Shawl is finished: 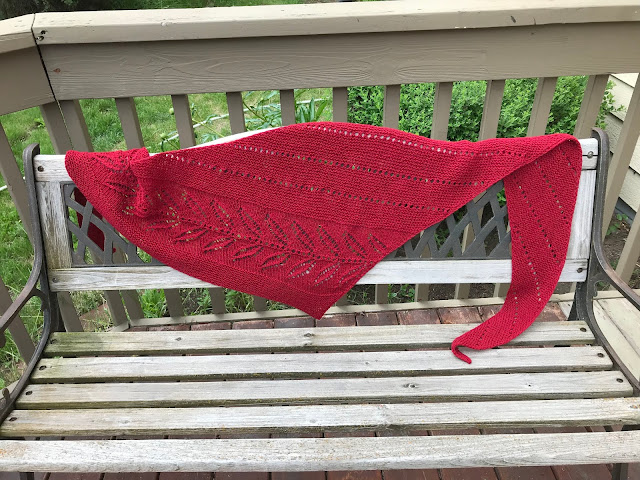 We traveled to Beaverton to attend Johan's preschool graduation on Saturday. I wore my new shawl while I watched the ceremony and participated in World Wide Knit In Public Day. Here I am, knitting, in the Tiger Woods Center on the Nike campus, where the ceremony was held. 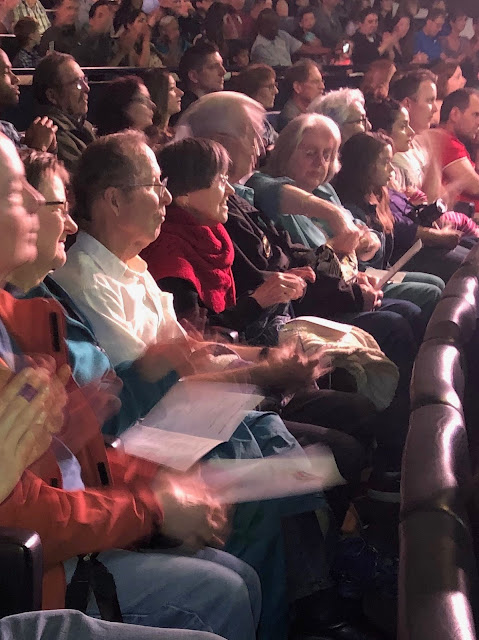 There were 127 children graduating this year, the most ever in the history of Nike's on-campus day care and preschool program. Johan has been in the program since he was a baby. The daycare center is divided up into classes of children close to the same age.
Here is Johan's class, called "Air Pegasus." Johan is the smallest, the one in the plaid shirt. 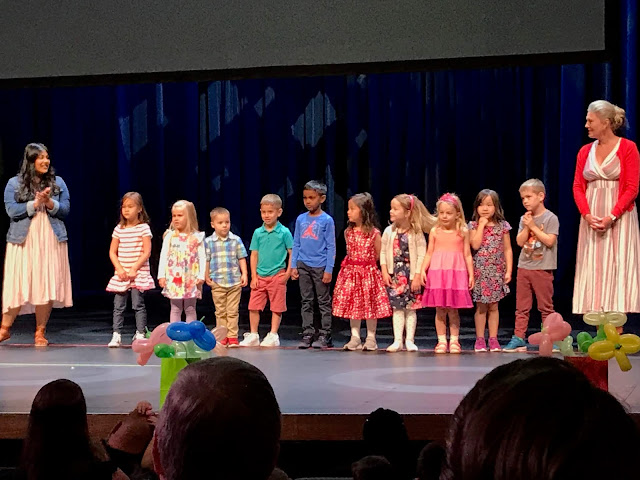 Here he is with his teachers, wearing his new Nike backpack, a present from Nike given to each of the graduates. It was full of goodies, including a coloring book and other fun things. 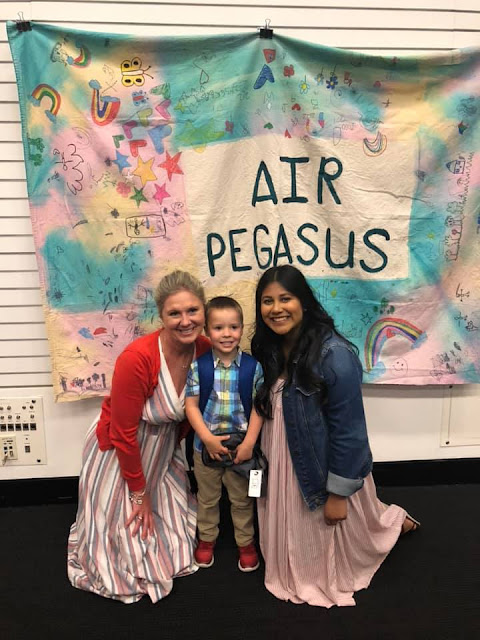 Here's the program. Air Pegasus is listed on the center left. 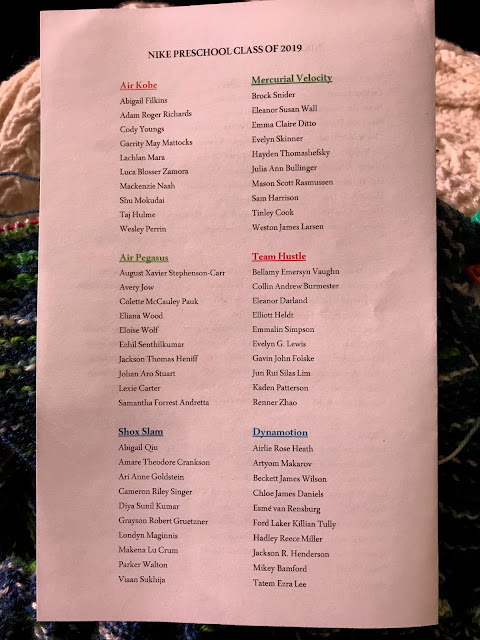 Dusty and Louis spent a lot of time playing before and after the ceremony (and probably during, too, but we weren't there to see it). They hadn't seen each other since February, so they played hard until they collapsed under the dining table. 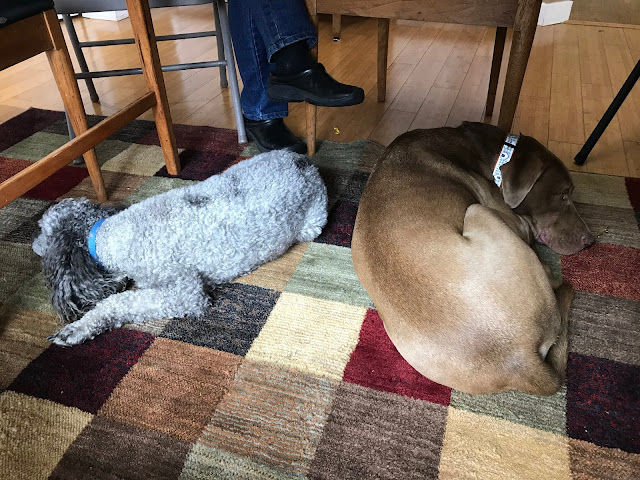 We were all pretty tired, including the parents and grandparents, so when the boys (and dogs) were napping, the rest of the family napped, too. Rocky was the only one who looked up when I took this photo. Then he went back to sleep. 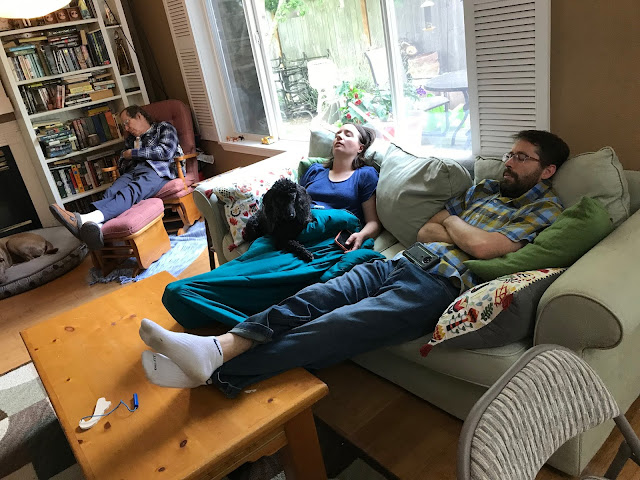 Sunday we took a picnic lunch and went for a hike at L. L. Stub Stewart State Park. The pups have to be on a leash on the hiking trails. They had a good time anyway, though. The boys enjoyed running downhill and complaining uphill. 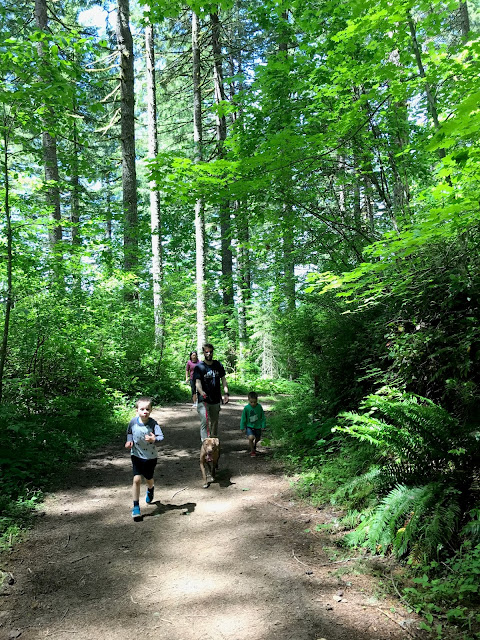 We stopped at the beaver pond to eat our lunch. 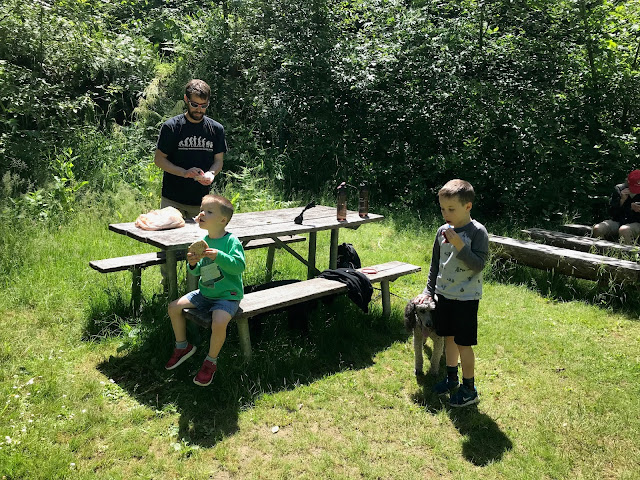 A pond turtle watched us from his perch, balanced on a floating log. He seemed to be enjoying the sun. (We didn't see any beavers.) 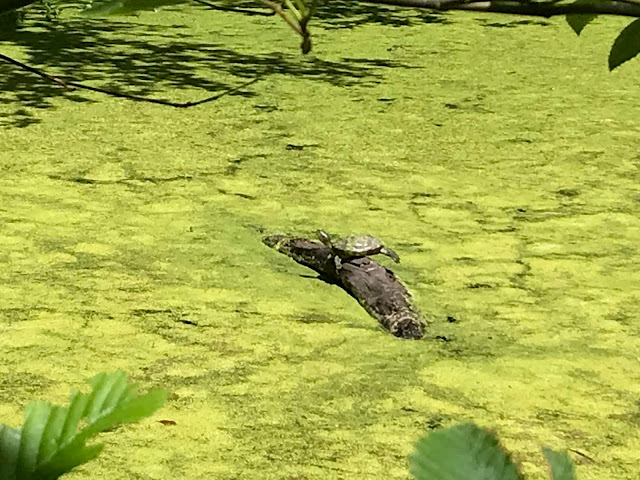 The park has a fenced dog run near the parking area, so when we finished the hike, we spend a few minutes letting the pups run loose. We will definitely be back. They have a nice campground, so maybe we will bring the trailer up to spend a few days. 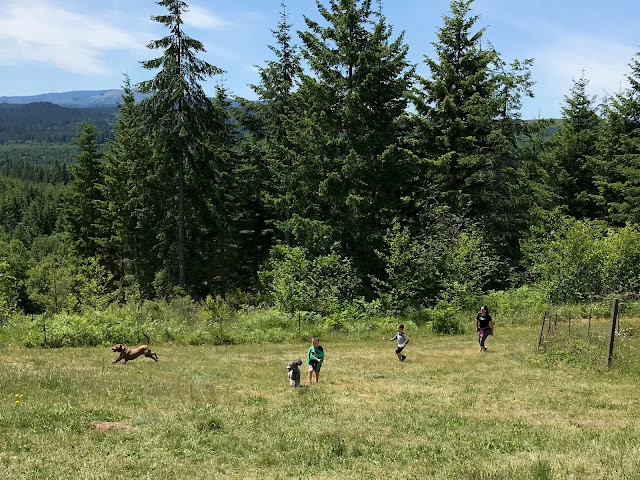 When we got back to the car, I was excited to see that the pups and I had finally averaged walking a mile a day over a 30-day period. Our speed dropped considerably, however. I hope we can keep it up. 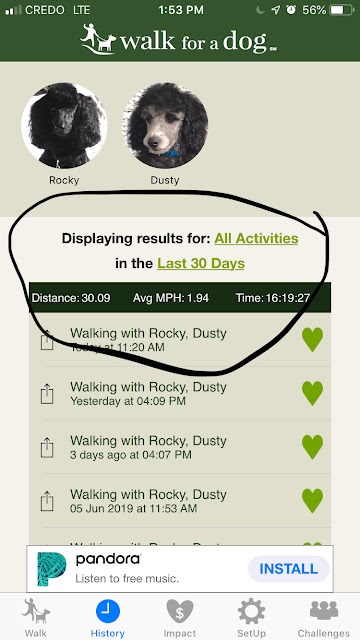 That evening, the babysitter came to look after the boy and the three dogs. The adults went into Portland to go on the Shanghai Tunnels Tour. During the late 19th Century, these tunnels were built under the growing city. From 1850 until 1941, able-bodied men were drugged, dropped through trap doors, held in underground holding cells and later sold to unscrupulous sea captains to populate the crews of their ships, usually between Portland and Shanghai, thus the term, "Shanghaied." It was fascinating and educational.

After the tour, we had dinner at Bangkok Palace restaurant. The food was excellent. This was just the appetizers (my plate). 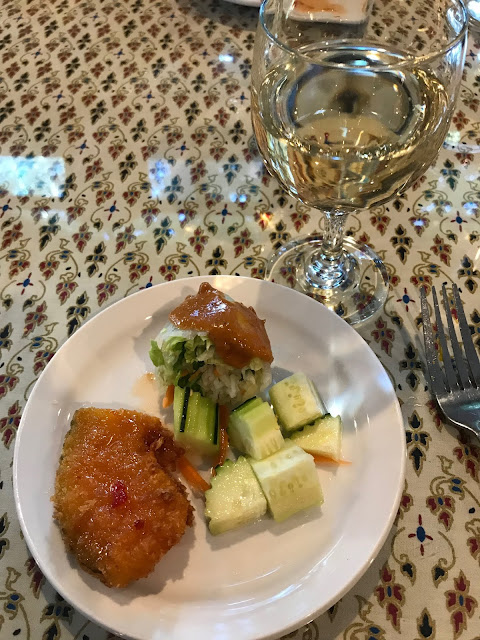 We are on our way back to Bend today. Before we left, the dolls and I put together a retelling of "The Three Bears." It's called "Welcoming a Stranger––a Fairy Tale." It came out on Friday, as we were driving northward. 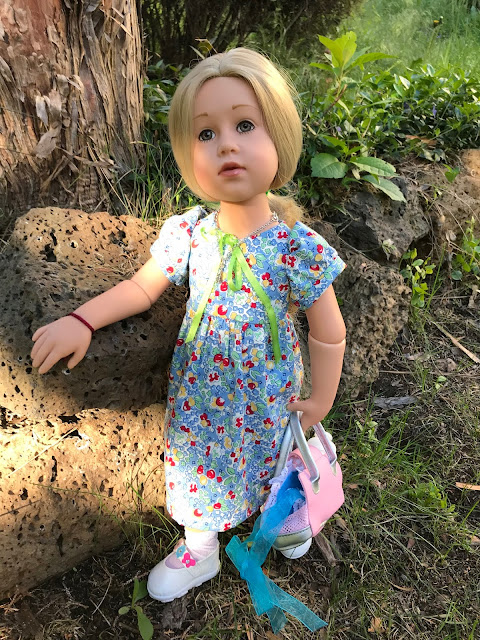 This week's story is the visit to the dentist's office.

What's on my needles: A new version of the Cables and Herringbone Doll Cardigan.

What's on my sewing machine: Costumes for the cast of The Doll's Storybook.

What's in The Doll's Storybook: "Welcoming a Stranger––a Fairy Tale."

What's on my iPad/iPhone: Finished listening to The French Affair by M. C. Beaton. Now listening to Roseanna M. White's A Song Unheard, and The Rise and Fall of the Dinosaurs by Steve Brusatte, for traveling in the car with DH.

What's in my wine glass: Oak Knott, Marechel Foch 2016 from the Willamette Valley.

What's my tip of the week: A small, flat Tupperware container makes a good dog water dish while hiking. There are many contraptions designed for giving water to your best friend, but most require you throw out the water your dog doesn't drink. On a long hike, you may not want to waste your water. A lid with a good seal can be placed back on the water dish to be consumed at a later water break or thrown out when you get back to civilization where water is available.

The shawl is stunning!

It was a fun weekend, and thanks for liking my shawl.

Janet, that was my favorite, too!

Love your shawl Peggy.  Very enjoyable blog as  usual.  I loved the pic of everyone zoned out!

Nice blog Peggy. The shawl is beautiful. You certainly had a fun filled trip. I enjoyed reading about all the fun things you did.

The shawl is gorgeous!