While watching the World Series.... 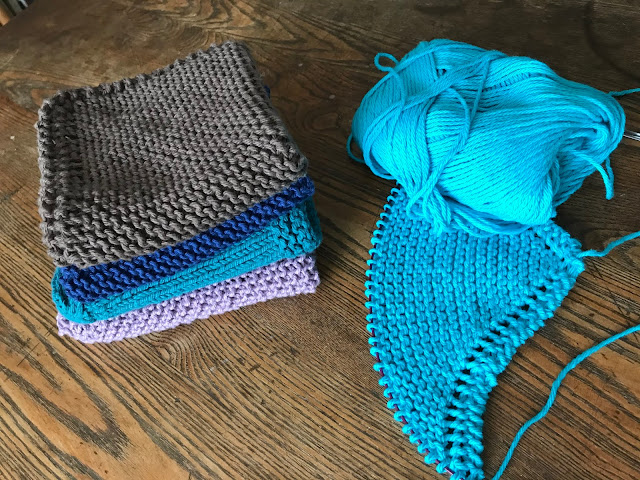 I've been continuing to knit the washcloths for the troops in Africa for holiday presents. I think this will have to be the last one, because I will have to send them off soon. Here are the two I finished this week. One in "Warm Brown." (The yarn is Sugar 'n Cream.) 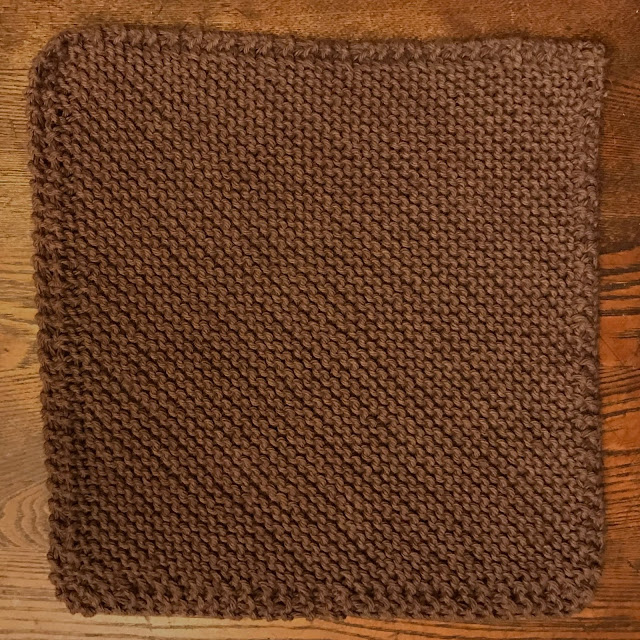 The other one was Knit Picks Dishie in "Lilac Mist." 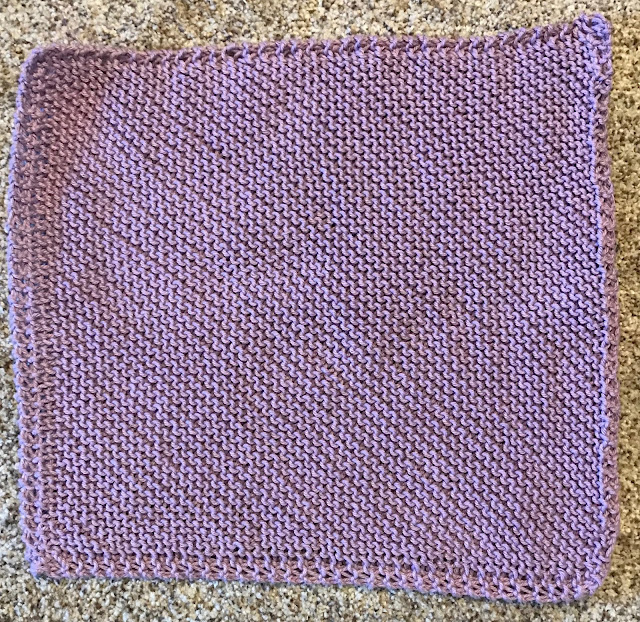 The current one is  Sugar 'n Cream again in "Mod Blue." It's really much lighter than the "Teal" in the first one I made, but the first photo makes them look similar. When this one is finished, I'll wash them and get them ready to send off.

If you know someone in the military stationed overseas or in a Veterans' Hospital, or if you would like to do something to help our troops and veterans, contact Homefront Hugs to see how they can help or how you can help them.

Not too much other crafting happened this week. This week's story is scheduled. We're introducing a new character: Brownie the horse. It will be out Friday. 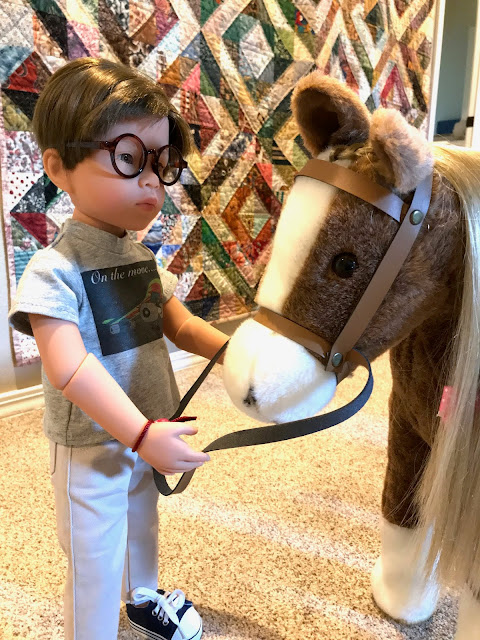 I spent some time getting my orthotics, which may solve my foot problem. (Fingers crossed.) Then, on Saturday, we closed on the refinance of our house, which we are doing to lower our interest rate and to finish the repairs and improvements. We had some good news: the appraisal was enough more than we paid for the house that our new interest rate went down another .25%.

In the meantime, Daphne and Zachary have been performing with Ballet La Crosse in their production of "Cinderella." They get to be grapevines. 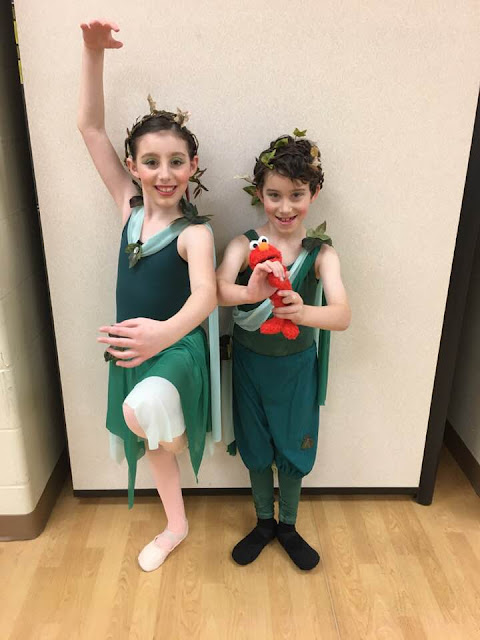 It's good experience for children to perform onstage in front of a live (paying) audience.

We're getting exercise, too, but not by performing. We're still putting in about two miles a day on the trails. It's getting a bit cold, though, so I don't know how much longer we'll be able to keep doing that.

What's on my needles: Still washcloths for Africa. This will have to be the last one, because I need to mail them off.

What's on my sewing machine: Still winter jackets for the "boys."

What's in The Doll's Storybook: Talents. Emil finds out that there is always something you can do well, even if you have a disability.

What's on my iPad/iPhone: I just started listening to Blowout by Rachel Maddow. There hasn't been much time to listen this week because of baseball, but so far, it's like listening to a novel.

What's in my wine glass: Terrain Vineyards California Red Blend 2016 again. We have had a couple of other wines recently, but this one seems to come up a lot.

What's my tip of the week: When using cooking spray, hold the pan you're spraying over the sink. If any of the spray goes astray, it will be easy to clean up while you wash dishes.

Pam, they have been dancing since they were babies. They play soccer, too, so they get lots of exercise.