Bottom line: We arrived in Bend on Sunday, and Mariah was waiting for me at the real estate office. 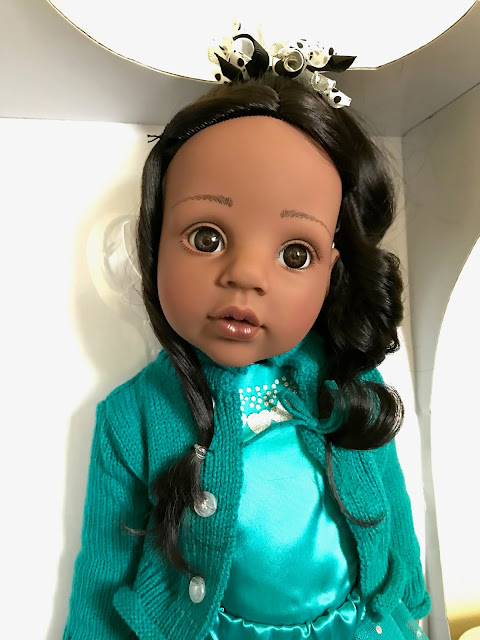 Jolena wanted to be the first to hear Mariah's voice, because she was the last new arrival up to this point. 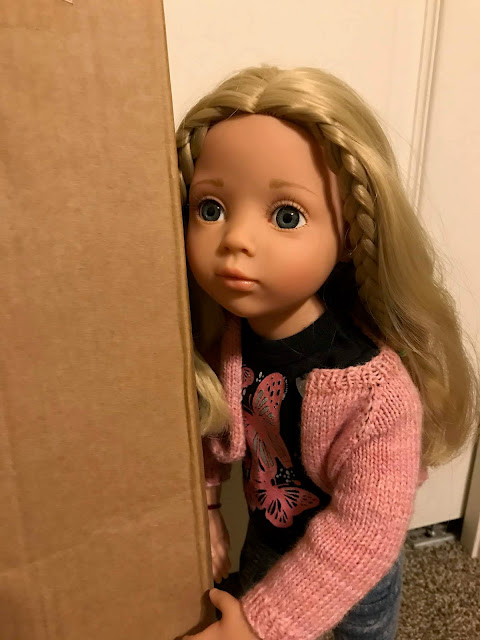 The dolls are numbered 1 - 250. Mine is 152. I probably could have waited a few more hours to order and still had one, but it was bedtime, and I didn't want to risk waiting until morning. It turned out that people who waited those last few hours were too late to order.

Mariah was scheduled to be delivered on Friday before the end of the day. I learned from tracking that she was out for delivery, but expected to get a text when she had been delivered. When no text had come by the time we stopped for gas about 6:00 PM, I checked tracking (gotta love smart phones) and learned that she had been delivered about lunch time, apparently had been signed for. Yikes! Who could have signed for her? Where was she? I called the delivery company and learned that maybe no one signed for her, but she had probably been left by the front door. A quick text and email to our agent, and by bedtime, I had a text from him saying he had picked up the "package" and taken it to his office. He also took DBIL's trash can in from the street.

You can read the gruesome details of the rest of our moving experience below, or you can just stop reading now and come back next week, or better yet, skip to the photos of the grands at the bottom of the post.

To pick up from where we left off last week, our problems with the pickup meant our scheduled Thursday U-box has to be postponed. With the long Labor Day weekend, that meant we couldn't get the U-box until Tuesday. More dominos fell. I had ordered more of Rocky's medications sent to BIL's place in Bend, but we wouldn't get to Bend in time before he ran out of his blood-pressure medication, so I had to buy extra from our veterinarian.

We also had to get out of our camping spot at the RV campground in Park City (a resort town, if you're new to my blog posts), because they were booked over the long weekend. We moved the trailer to the KOA campground close to the airport in Salt Lake City. We had a pleasant stay there, although we went back up to Park City each day to work. While at the KOA, I handed out a number of cards for The Doll's Storybook to kids and parents. I hope the blog has some new readers as a result.

DH picked up the U-box with the truck on Tuesday, and we started to load it. By quitting time on Tuesday, we had it about half full. We parked in the storage unit lot for $10 and drove back to the KOA in the Honda. We scheduled Jose, the gentleman who picked up miscellaneous stuff at the house, to come to our storage unit on Wednesday. He carted away a bunch of stuff, including many boxes of rocks. (DH is a geologist, and he did keep his dissertation rock samples, which he transported to Bend in the bed of the pickup.) I spent a good part of Wednesday at Utah Recycling, using their shredder to shred tax and real estate papers dating back to 1969, and went back on Thursday to finish.

Thursday was breaking down boxes for recycling, taking things to Savers to donate and cleaning out the storage unit.

Friday we pulled out of the KOA in Salt Lake City, but not until a couple of hours worth of tire inflation (no doubt to compensate for the rocks), which took us until after lunch time. Friday afternoon and evening, we drove to Winnemucca.

We stayed at another KOA in Winnemucca, one where we have stayed before. The tire inflator needed to be used again, but unfortunately it died a gruesome death and had to be replaced. DH ran to the local Walmart to pick up another, then couldn't get it to work. The problem turned out to be the extension he was trying to use with it to get it to reach the back tires. Without the extension, it barely reached the tires when they were turned so the filler valves were as close as possible, but he finally got it to work. Another late start, after lunchtime, took us to Burns, Oregon.

For the last part of the trip, DH wanted me to take the lead, so Siri could guide us. He warned against losing him in the dust (he was pulling the trailer, so travels more slowly). "If you lose me, I will hang onto your sewing machine until you come find me," he said.

"That's OK," I said, "I have my sewing machine in the car, ha-ha!" Then I remembered my girls were in the trailer. "I won't lose you, though," I added. "You could hold my girls hostage."

The latest story in The Doll's Storybook came out on Friday. It's about playing outdoors and having fun (not about driving all day during the beautiful summertime, ha-ha). I was on the road all day Friday, so I didn't get to post the link to the story anywhere, so some people who usually read the stories didn't get the word. I posted the link to it on Saturday. I'm scheduled through September 14th, and I have another for September 21st that introduces Mariah, but I haven't taken the photos for that one yet, because the star just arrived.

In other news, I finished the Bota Box of wine almost single-handed, so to speak, but only after we had stopped for the night. (The drink holder is in the trailer; no one uses it when we travel.) 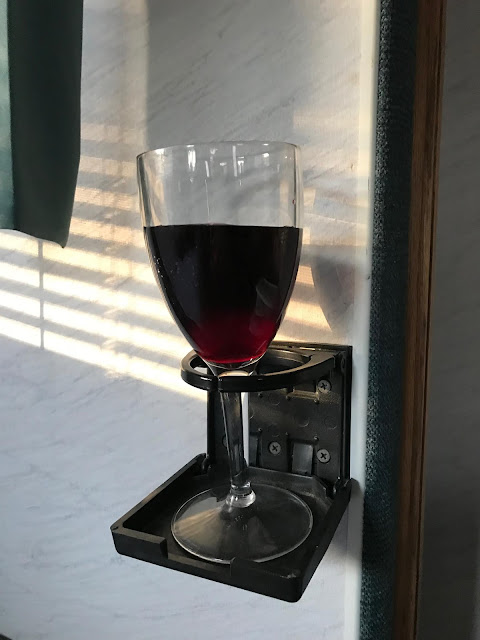 Because I didn't get to take very many photos this week, here are some lovely back-to-school photos of the grands, snatched from Facebook. First, Zachary and Daphne: 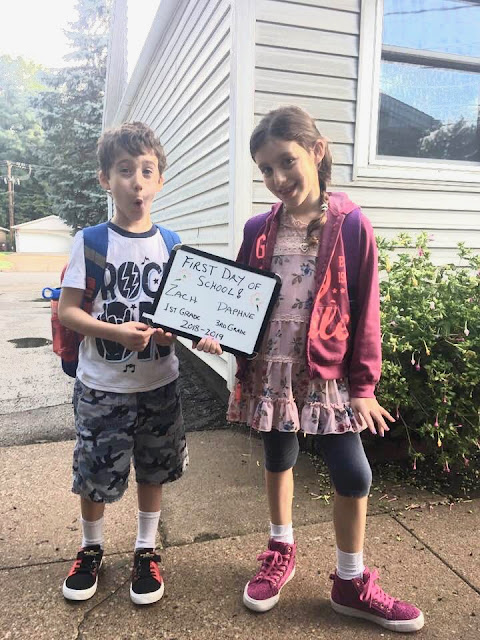 Then Soren and Johan: 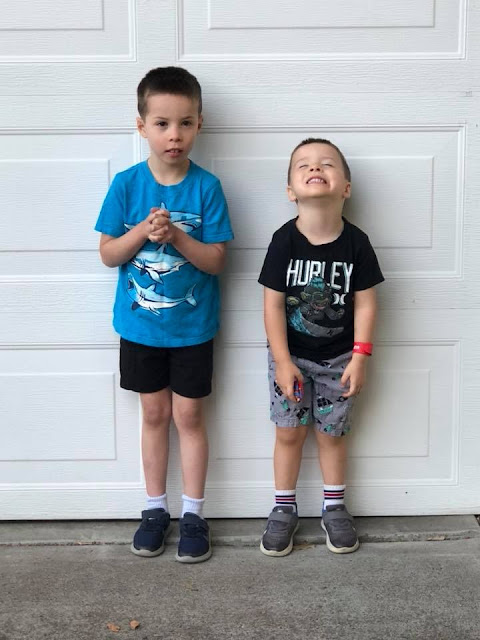 And Daphne again, this time at one of her dance classes: 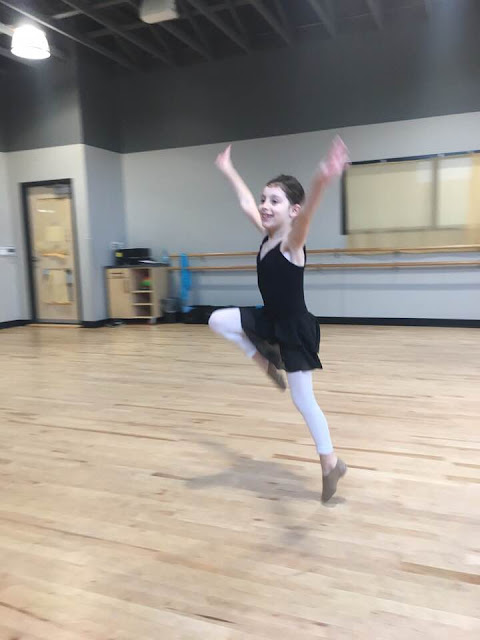 What's on my needles: Still the Kisu Cardigan for Jolena, and still att the BO for the neck. A Ravelry friend has already finished hers and posted a photo. It looks pretty cute. It's a thrill to see my creations come to life. Also the Coastal Skies shawl for me, no progress this week. (I am in serious knitting withdrawal.)

What's on my Sparrow 15: Now sitting in our bedroom at DBIL's house.

What's in my hoop: Still the Spring Flowers quilt, no progress this week..

What's on my wheel: Stanzi is in our shipment.

What's on my iPad/iPhone: The Innkeeper of Ivy Hill by Julie Klassen. It was my on-the-road entertainment. Very good. I haven't finished it yet, but it made the miles fall away on the trip.

What's in my wine glass: Airlie Willamette Valley Pinot Noir 2008. OK, maybe past its prime, but it is alcohol. This is what happens when you clean out your wine cellar and wine fridges, having to drink it all or move it. I seem to remember it was good at the time we bought it.

What's my tip of the week: Don't plan on wi-fi at campgrounds. It isn't often useable because of band-with problems. Instead, make sure your smart phone is set up with a hot-spot. Even if you use so much data that it slows down, it's never going to be as slow as the campground (or hotel) wi-fi can be. You can also use it to bypass an insecure wi-fi, if you need to perform important transactions.

I don't envy you the house hunt. Hang in there. (you might want a new box of wine)

We found something in the area we would like to be in. Way overpriced for the work needed just to make it livable. We'll see.

We looked at houses yesterday. Only one so far we would consider. We're off again this afternoon.

Here is to smooth sailing from now on.  Moving can sure be a royal pain in the you know what!

Glad to hear you made it safely to your "new life" in Bend, Oregon!  What an ordeal, from start to finish.  Bet you don't move house again soon.  Well, except to a permanent home in Bend, of course.  Your marriage seemed to survive even a pick-up load of rocks!  I've spent one night in Winnemucca, NV on the way to Montana, and can safely say I didn't leave anything there!  Good luck with house-hunting!